Up until the middle of 2019, the national Renewable Energy Target (RET) provided certainty for the renewable energy industry and encouraged investment in Queensland. But last year the RET came to an end, and as a result, the amount of new utility renewable energy generation that reached financial close dropped from 1419MW in 2017 to less than 20MW in 2019. 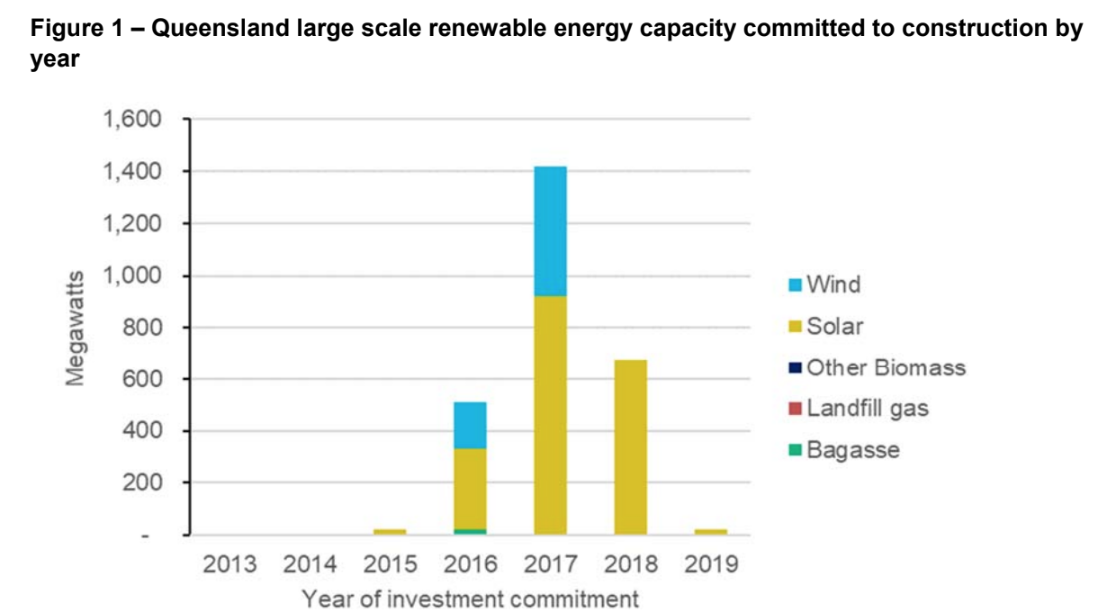 The Federal Government is refusing to implement a national energy policy to replace the Renewable Energy Target and keep the projects coming. At the same time, the Queensland Government has no plan for how they'll reach their 50% renewable energy by 2030 target. What's more, new transmission infrastructure is needed to connect renewable energy projects to the grid – but so far, the Federal and State Government have been slow to act.

These policy failures are derailing the transition to clean energy, and putting thousands of regional jobs at risk.

At the height of the latest construction boom, close to 3,000 Queenslanders were employed building new renewable projects, plus many more jobs were created indirectly and through the supply chain. Whether it's the local pub in Collinsville or cafes in remote Hughenden, small businesses all over regional Queensland benefit from renewable projects coming to their area and the buzz of construction activity.

The latest data from Green Energy Markets shows that if all the large-scale renewable projects proposed across Queensland go ahead, it would mean over 51,000 construction jobs and $36 billion worth of investment for our state. But these projects face an uncertain future.

That’s why it’s time for the Queensland Government to step up and save clean energy jobs. With the right policy incentives, we can get the large-scale renewable energy industry back on track – creating new jobs in regional Queensland, lowering power prices, and helping clean up our energy supply.

Are you among the majority of Queenslanders who want to see the Sunshine State transition to clean energy? Sign the petition to remove the roadblocks stalling Queensland’s renewable energy future.