Australia has some of the world’s best solar and wind resources, so we reckon that more renewable energy backed by storage here is a no-brainer. With over three million solar rooftops glinting across the country, it’s fair to say that Aussies well and truly agree.

These homes and businesses have seen for themselves that smart, renewable technology is here and it’s ready to power our lives cleaner and cheaper than before. But right now, a greedy few—energy company executives and the coal lobby—are influencing our politics and derailing the transition so they can maintain control of our electricity system and keep hoarding profits.

Australia's fleet of coal-fired power stations is ageing and needs to be replaced – and the cheapest new generation is renewables backed with storage. If we fail to act now, Australian families and businesses will be locked into spiralling power bill costs and polluting electricity generation for decades to come.

What is Solar Citizens?

Solar Citizens is an independent, community-based organisation working to protect and grow renewable energy in Australia.

We believe that when Australia’s millions of solar owners and supporters stand together, we’re powerful. We run campaigns that use people power to put pressure on decision makers and bring about a renewable future for all Australians: where the rights of solar owners are protected and everyone has access to cheap, clean energy.

We’re independent, meaning that we don’t support any one political party, company or organisation over another.

We’re a registered not-for-profit, relying on the generosity of our large donors and many hundreds of smaller individual donors to help us fund campaigns.

If you believe in a bright future powered by the sun, wind and waves for all Australians join Solar Citizens today.

Who is a Solar Citizen?

A Solar Citizen is any Australian who supports the use of solar and renewable power – either installing it themselves or working to see greater use of solar in their community.

While some would like to see control of energy generation be kept in the hands of a few big power companies, if Solar Citizens work together we can ensure that all Australians have the ability to access clean, affordable and reliable power. Join Solar Citizens today. 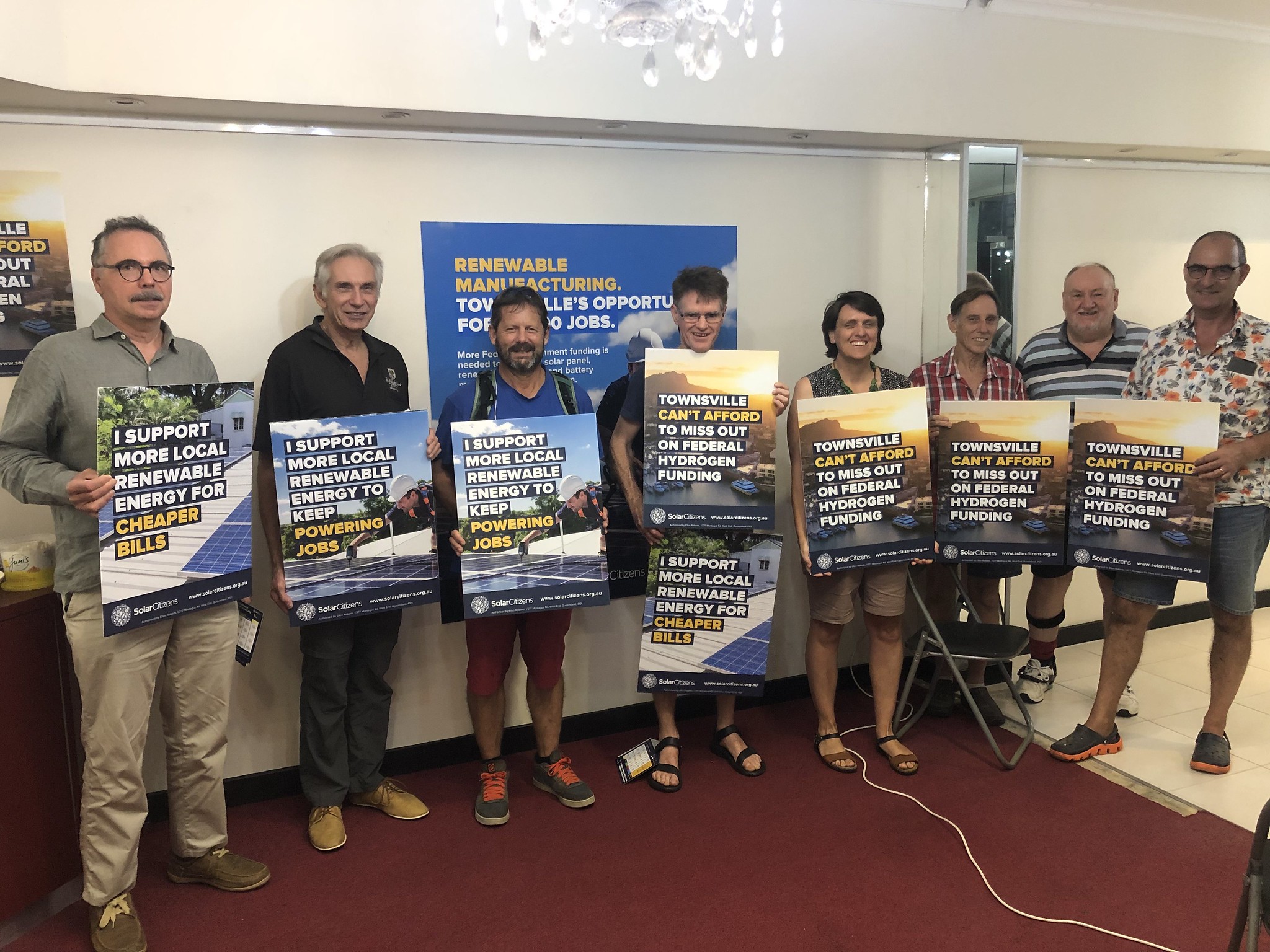 Across our sunburnt country, a growing number of solar and wind farms are pumping out clean...

Across our sunburnt country, a growing number of solar and wind farms are pumping out clean and affordable energy. Australia’s three million solar homes and businesses now make up the country’s largest... 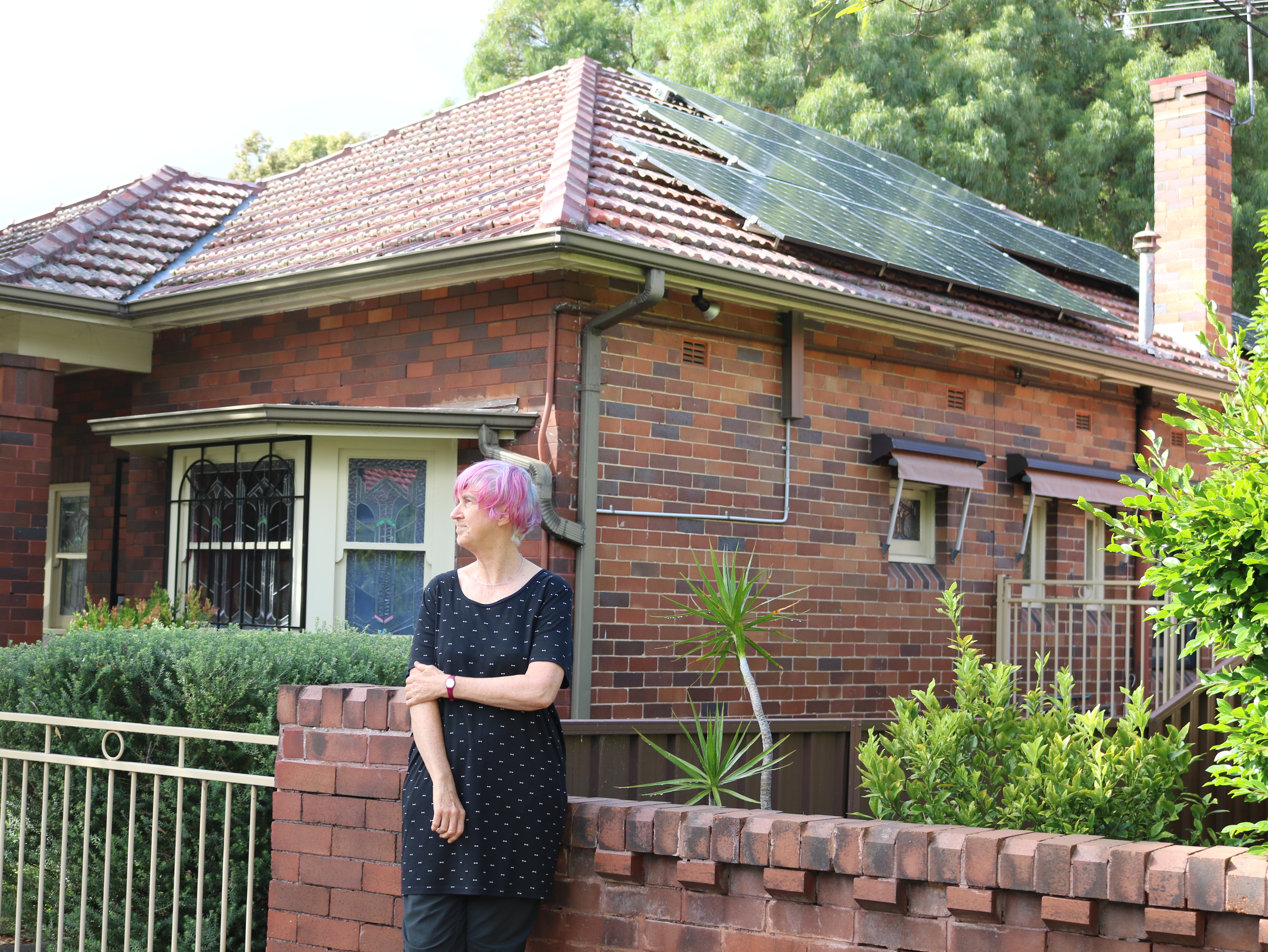 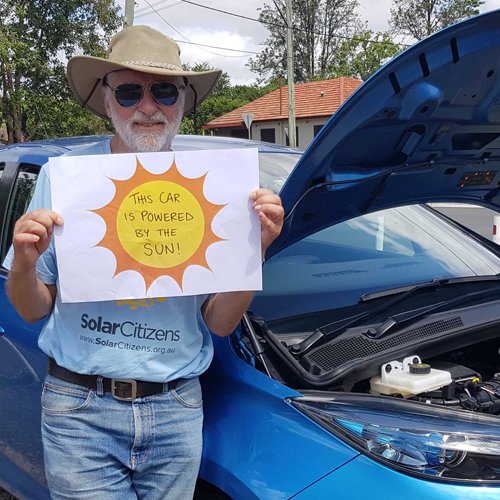 Australia will soon become the first place in the world to slap a net tax on...

Australia will soon become the first place in the world to slap a net tax on electric vehicles – a move that will derail the fledgling industry and keep polluting cars on...