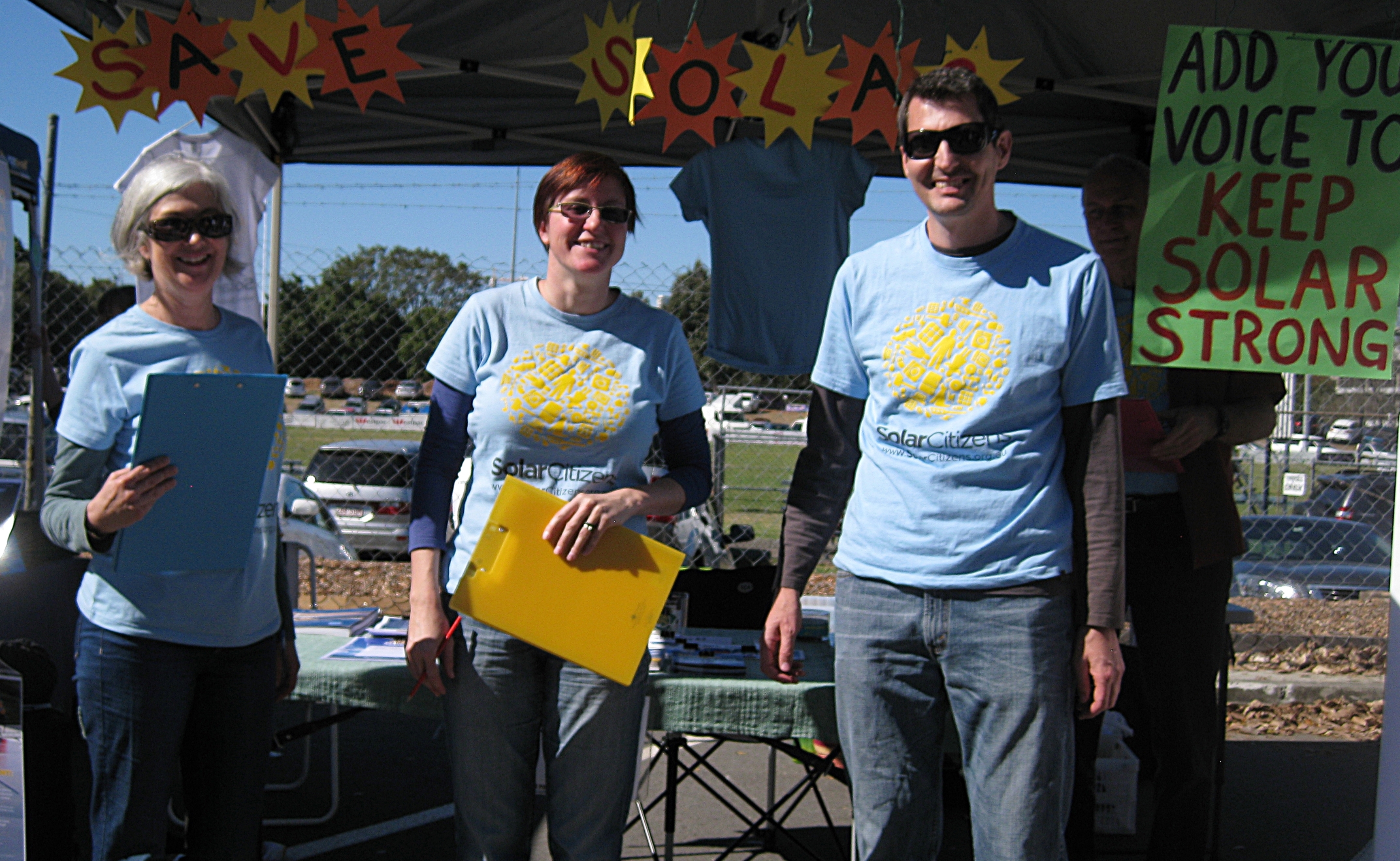 Solar Citizens were active at two events in Brisbane this weekend. Here's what Diego Matter, star organiser from the Brisbane team, had to say about what happened...

The Solar Citizens Brisbane chapter, which meets every month, managed to pull off two market activities for The Great Solar Power Poll. It was a very rewarding encounter with the community and we received tons of positive feedback. One can only say that people and communities want renewables and they want lots of it.  Let’s hope the senate hears this message loud and clear when we send The Great Solar Power Poll results their way.

We met people from all backgrounds, those surprised that more than 5 million Australians already live in a solar home with solar PV and solar hot water systems, and those that know far more than we do about renewables and what can be done.

Saturday found us in the beautiful sunshine at Davies Park Market, West End Brisbane.We'd like to say a huge thanks to the market organisers for the free stall and help they provided, including a nice article about us on the website - check it out: www.daviesparkmarket.com.au/blog/2014/07/solar-citizens-unite/.

Sunday morning was reserved for our presence at the smaller but no less charming Nundah Market in North Brisbane. Despite a chilly start, the sun showed up and people flocked in, showing great interest in what we are doing. 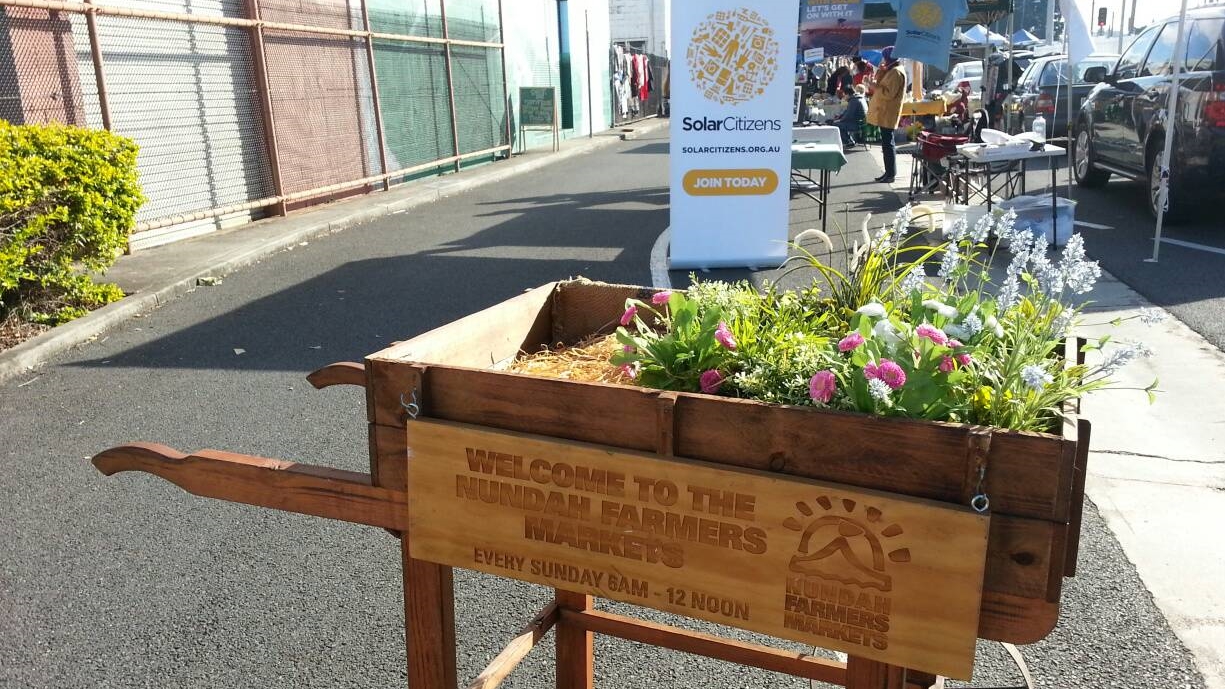 We encountered great support for our cause to make solar and renewables the norm in our towns and suburbs. Almost all of the people we spoke to were following the news and knew that the Palmer United Party and especially Queensland senators Glenn Lazarus and Clive Palmer were in favour of the Renewable Energy Target in the senate, and that there was a federal government review of the Target underway. They also cheered for the great support Queenslanders are showing for renewables as part of the Newman Government’s 30-year “Queensland Plan”. Read more about it here.

Amongst this support, there were critics and our volunteers had to answer some very pointed questions. Although debate is a healthy opportunity to share perspectives and influence opinions, a lot of these arguments were based on the misinformation spread by our politicians and media; exactly the reason why we need to be out there spreading the facts!

The energy market is a very complex beast to comprehend and sometimes it is hard to get our argument over in a few words. That’s why Solar Citizens doesn't just rely on three word slogans. We prefer solid and accurate information-sharing, even if it takes a little more time to explain. A big hug to all the volunteers that made this possible!

Brisbane Solar Citizens will be out doing more polling over the next few weeks including this Saturday 9th August at Carseldine Markets in North Brisbane. If you’d like to join in the fun and get involved please get in touch with us at [email protected].

And by the way, as Glenn Lazarus would probably say, “Go Queensland!”

Check out more photos of the Brisbane Solar Citizens team in action over the weekend on our Facebook page.