Save Renewables – Stop the NEG

***UPDATE: the National Energy Guarantee (NEG) was a slapdash policy that threatened to boost Australia's ageing and inefficient coal plants while slowing down our countries renewables boom. To call for a more sensible national policy, nearly 2,000 people sent an email to their State Energy Minister about the NEG, and 1,900 supporters emailed their MPs and Senators. Almost 90 solar citizens called Josh Frydenberg's office and over 180 people wrote submissions to the policy designers.

Although all this noise meant that Australia wasn't lumped with a anti-renewable national plan, we still don't have any national energy policy to take the place of the Renewable Energy Target when it ends in 2020.***

The National Energy Guarantee (NEG) sets the national renewable target so low that instead of boosting clean energy investment, it will act as a lifeline to Australia's ageing and inefficient coal plants.

In fact, as it stands the renewable target set out in the NEG has already effectively been met by the clean energy projects in the pipeline across the country.

And the bad news doesn't end there. Under the NEG, it looks like yet again solar households will get the short end of the stick because retailers will be allowed to claim the pollution credits from rooftop solar that's fed back into the grid as their own. It's outrageous and it just will not do.

Help us say 'NO' to the National Energy Guarantee. Take action today to halt this anti-renewable national policy. Click here to give your state energy minister a call today, or if you're unable to speak on the phone right now, click here to send an email to your minister. 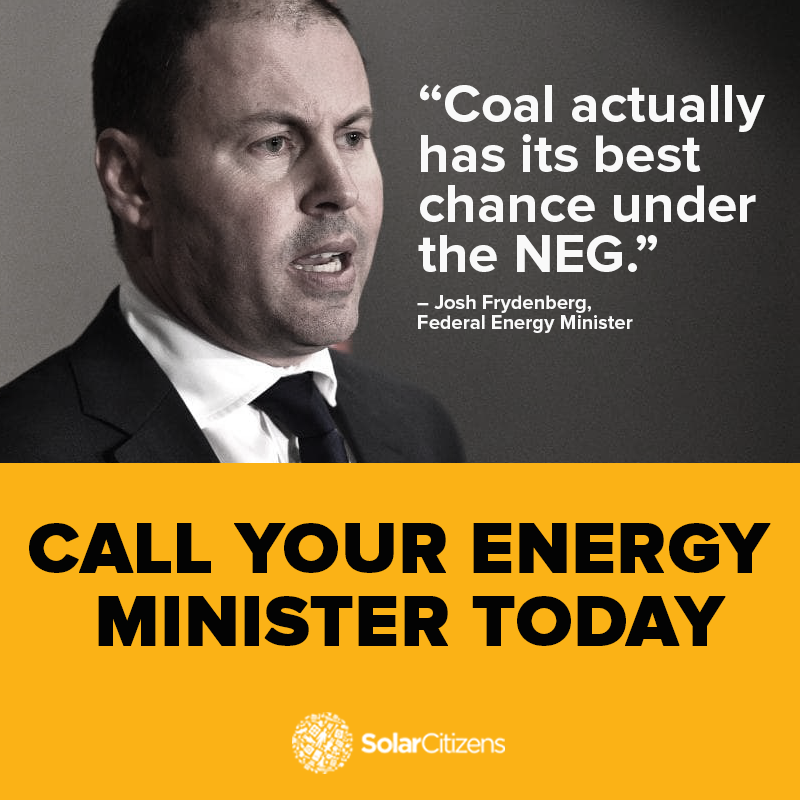 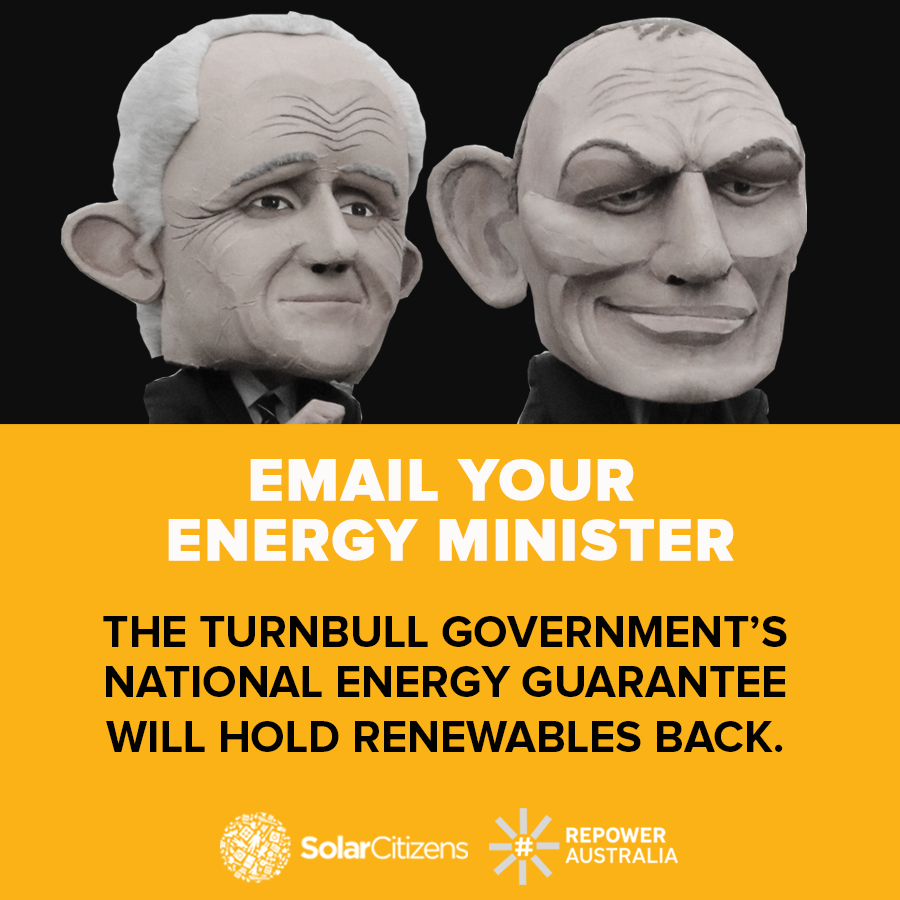