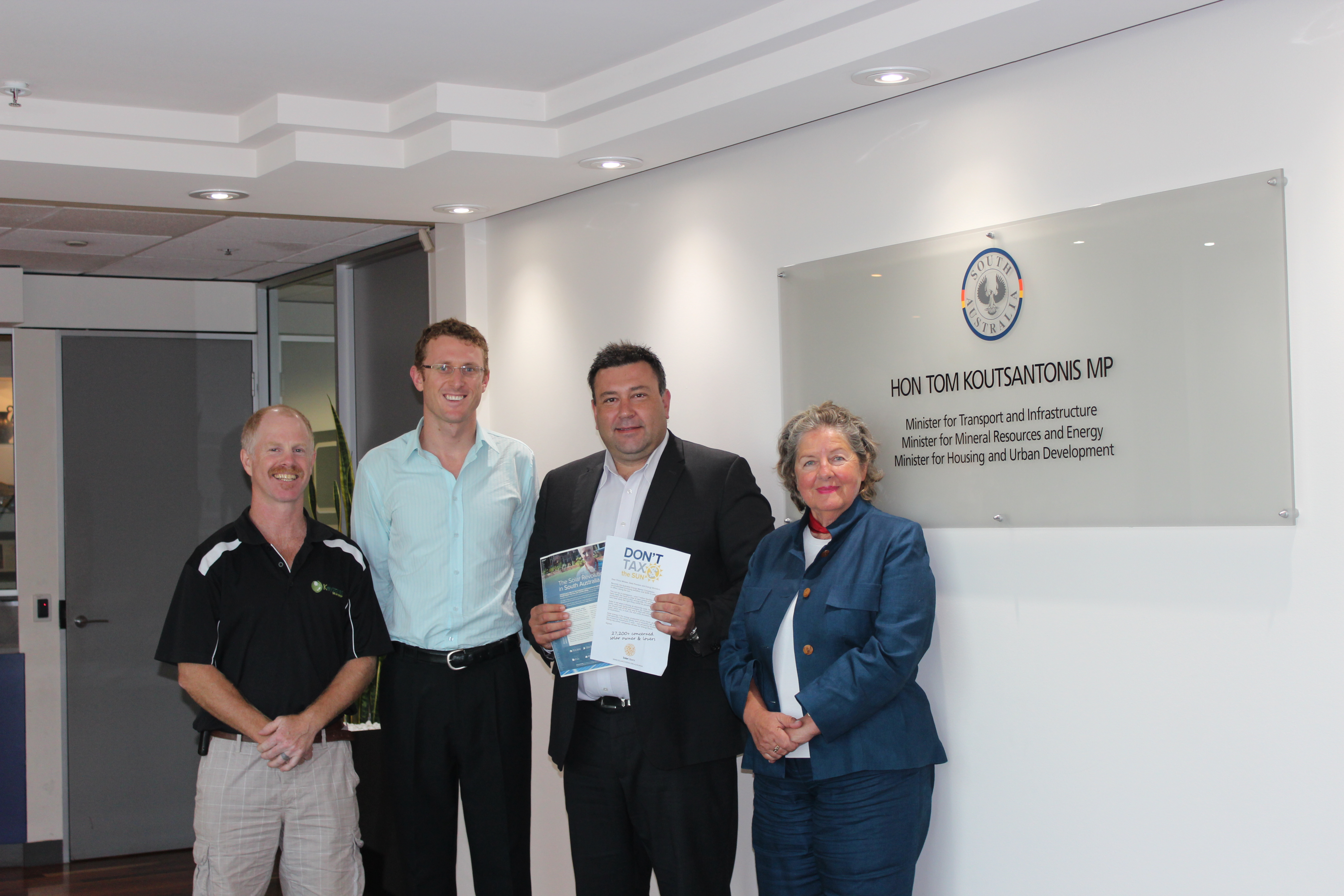 Above: The Solar Citizens team with Mr Koustantonis's advisor

We presented our 27,200+ strong "Don't Tax the Sun" petition and asked some big questions. We asked if they were planning on adding any fees or penalties to solar owners; if there would be any changes to the feed-in tariffs, and if they would stand up to big energy companies in support of solar and renewable energy. Here’s what they said.

“South Australia is leading the nation in the uptake of wind energy with 1203 MW of wind generation capacity, and the State also benefits from 400 MW of rooftop PV capacity, 16 MW of landfill methane/landfill gas capacity and 3 MW of hydro capacity… A re-elected Labor government has no plans to target solar customers with additional penalties or fees.”

Mr Koustantonis is very supportive of solar and renewable energy, reminding us that 31% of South Australia’s energy production comes from renewable resources. He emphasised that a Labor government has no plans to target solar customers with fees or penalties. When asked about the changes to the feed-in tariff, Mr Koustantonis emphasised the role that the Essential Services Commission of South Australia (ESCOSA) plays - but he did say that he believes the Government has struck the correct balance to encourage the uptake of solar - and that there would be no commitment to review the current tariffs. 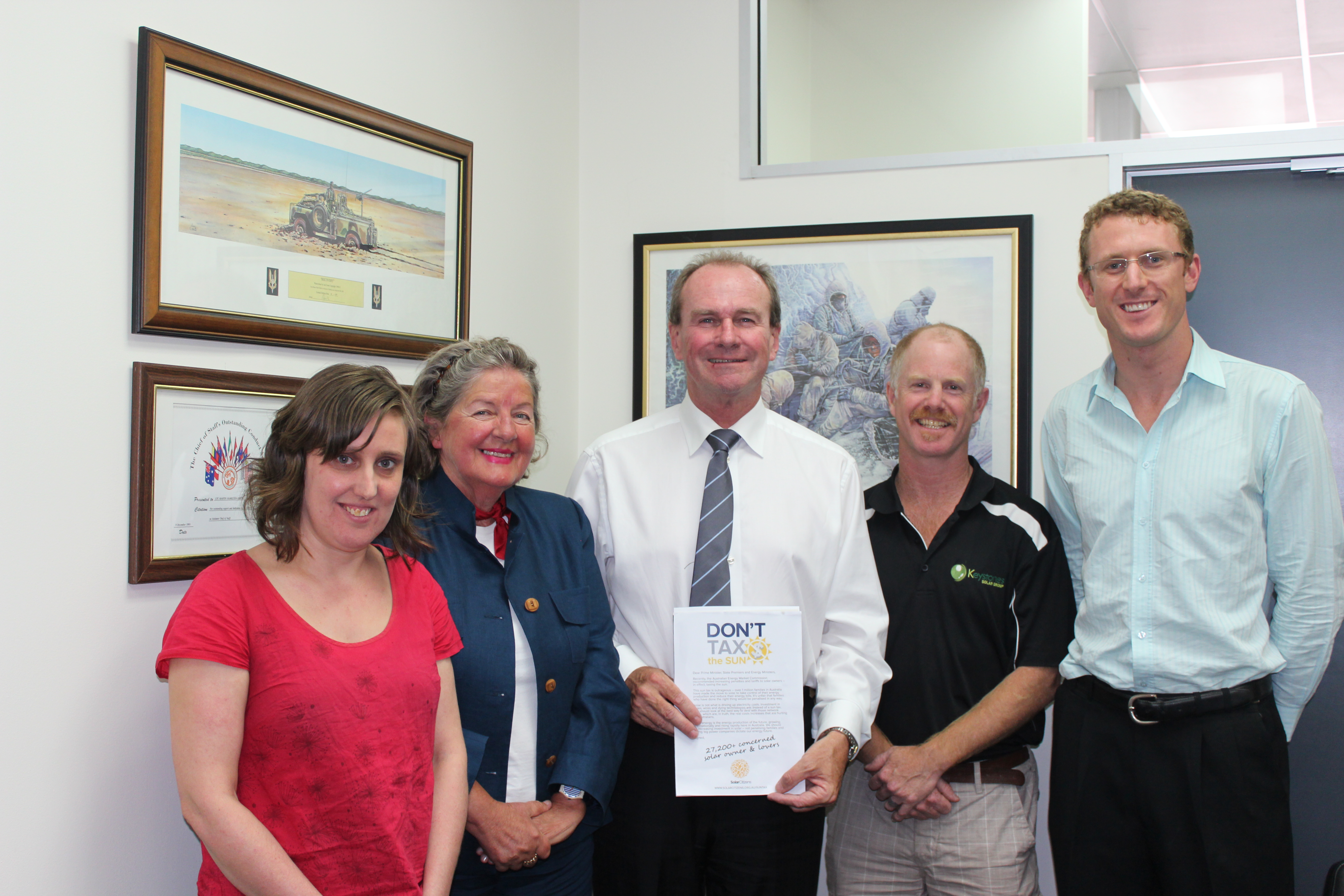 Above: The Solar Citizens team with Mr Hamilton-Smith

“We know how popular solar is in the community. We have no plans to introduce fees or tariffs singling out solar homes. If elected we will be holding an Energy White Paper to review where South Australia is at with energy prices. I can assure you solar will be a dominant player going forward.”

Mr Hamilton-Smith recognises the widespread benefits of solar and said that’s he’s very supportive of its growth. Mr Hamilton-Smith advised the Liberals have no intention to change the feed-in tariff, although the party does think it was over-generous in the past. This is because he believes that solar should no longer need subsidies, and, instead, it should be able to stand on its own legs. Although he emphasised that he is supportive of solar, Mr Hamilton-Smith noted that someone does need to pay for the poles and wires. However, the Liberals have no intention to add any additional fees or penalties to solar owners to help recuperate the costs. The Liberals, if elected, will commision a White Paper on energy - and solar will be heavily mentioned.

The Greens are heavily supportive of solar and the current feed-in tariff. They have promised that they would fight any new penalties or fees added to solar.

On March 15, the polls open, and no matter what happens on the day, we’ll be keeping an eye on solar in SA to ensure it continues to grow - and to ensure all of these politicians stick to their words. We were able to secure these meetings because of your support and the power of your numbers. All the major parties now know that Solar Citizens are a force in SA that are watching them - and they need to support solar if they want to keep their seats.