Queensland election 2015: how do the major parties score on solar?

We contacted the major political parties and asked them where they stand on 5 key issues facing solar in Queensland. Here's how they score. Click the image for a larger copy. 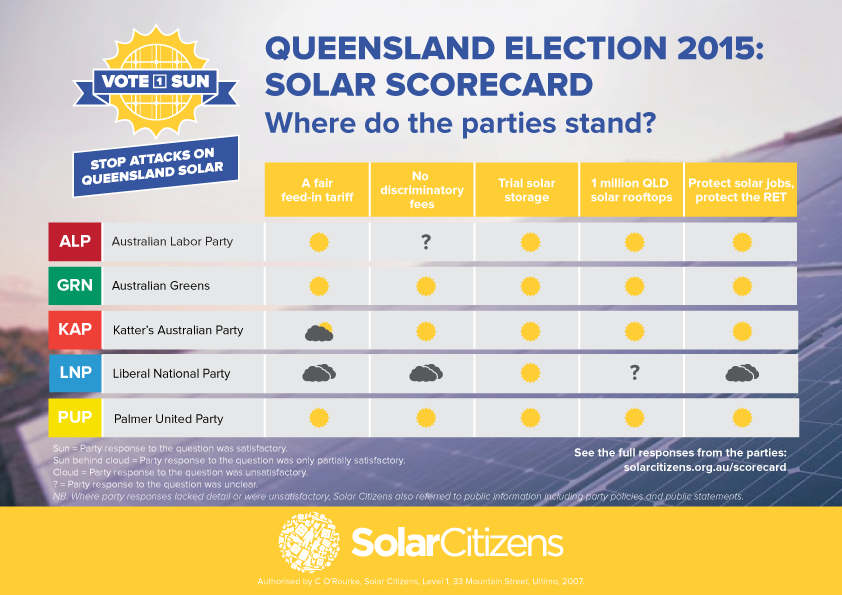 More than 380,000 Queensland households are powered by the sun, and thousands more Queensland families are going solar every month.

Queensland has about one-third of Australia’s rooftop solar capacity and 6,545 people employed in the renewable energy industry, the most of any state or territory in Australia.

That's why we're calling on you to Vote 1 Sun at the ballot box. Pledge your vote here.

Solar Citizens is an independent organisation.

We think it's important you have the facts so you can decide for yourself how best to make your vote count for solar on Saturday 31 January.

Need more information? You can read responses in full by clicking on the party logo below:

Make sure you share this important information with friends and family before election day.