In the lead up to the October 2020 Queensland election, solar citizens across the state got active to pressure all sides of politics to back more ambitious renewable energy policies. Together, we won some exciting commitments!

Before the 2015 and 2017 state elections, Queensland Labor made substantial commitments to clean energy. However by the beginning of 2020 the State Government had failed to deliver adequately on those promises.

Analysis from Green Energy Markets in July last year showed that Queensland was only on track to reach 30% renewables by 2030 – well short of the State’s 50% target. The delivery of the promised 400MW was running two years overdue and investment in the large-scale renewable energy industry had crashed.

No large-scale renewable energy project reached financial close in Queensland in 2019. Developers told us they were “looking down south” because the conditions were just not right to build in the Sunshine State, citing transmission gridlocks, policy uncertainty and low wholesale electricity prices during the middle of the day. That’s why at the beginning of 2020, Solar Citizens graded the State Government a C- for their clean energy progress in our public report card.

Fast-forward nine months later and the State Government is back on track to reach their 50% renewable energy target by 2030. Government-owned utility companies have done deals that will see five solar and wind farms come to fruition – including the largest wind and solar farms in Australia to date. They also directly responded to our ask for three Renewable Energy Zones by allocating $145 million for work to begin on these vital transmission projects.

What We Did, Together 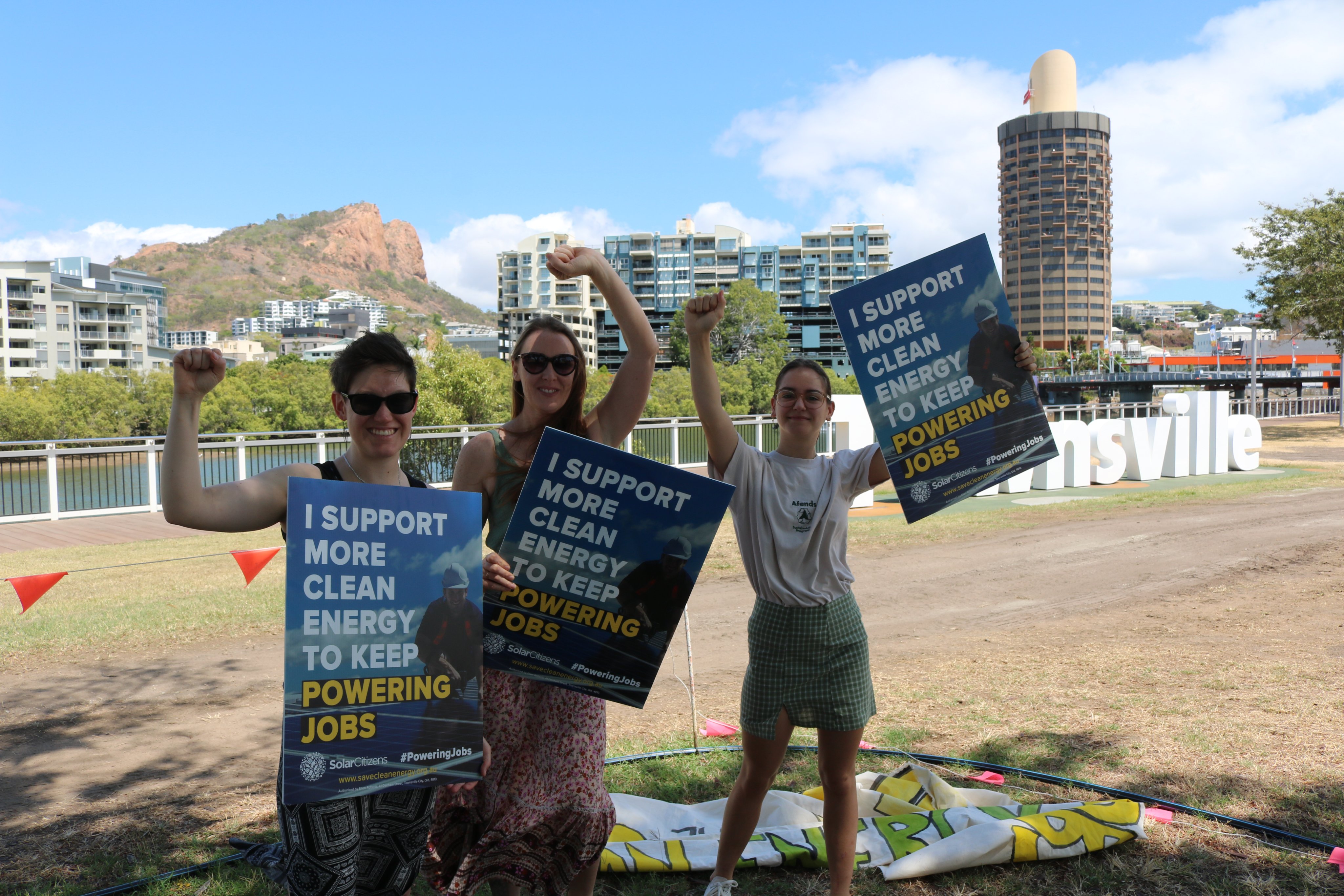 The Queensland Labor Government was re-elected after doing the following: