Solar Citizens have launched their 2022 election to show voters what the major parties are really bringing to the table on renewable energy and clean transport.

“Climate and cost of living are top of mind for voters this election and we’ve seen a lot of talk and eleventh hour promises from both sides – but there's a clear divide between the major parties,” said Ellen Roberts, Solar Citizens’ National Director.

“Our Scorecard lays out where the major parties stand on key renewable energy and clean transport issues, so voters can cut through the spin and see if their candidates are offering real action, or greenwashing.

“Rolling out affordable renewable energy and electric transport is a clear pathway to lower bills and lower emissions. Yet some parties are still offering dead-end policies that will delay the transition to renewables and electric vehicles and lock households into rising coal, gas and petrol prices.

“Everyday Australians have been doing the heavy lifting to transition our energy system, with over three million solar rooftops and counting, and more people than ever now looking to switch to electric vehicles.

“But Australians have been let down by a lack of federal action to bring cheap renewable energy online as quickly as possible or bring affordable electric cars to our shores.

“This election is an opportunity to unlock Australia’s potential as a renewable superpower, with clean industries and future-proof jobs, and cheap clean energy and electric vehicles that slash the cost of living.

“Our scorecard will help Australians vote for a clean future when they head to the polls next Saturday.”

Solar Citizens is calling for all parties to commit to a plan to transition to 100% renewable energy, investment in transmission infrastructure and renewable hydrogen and manufacturing, support for rooftop solar and battery uptake, and electric vehicle subsidies and fuel efficiency standards. 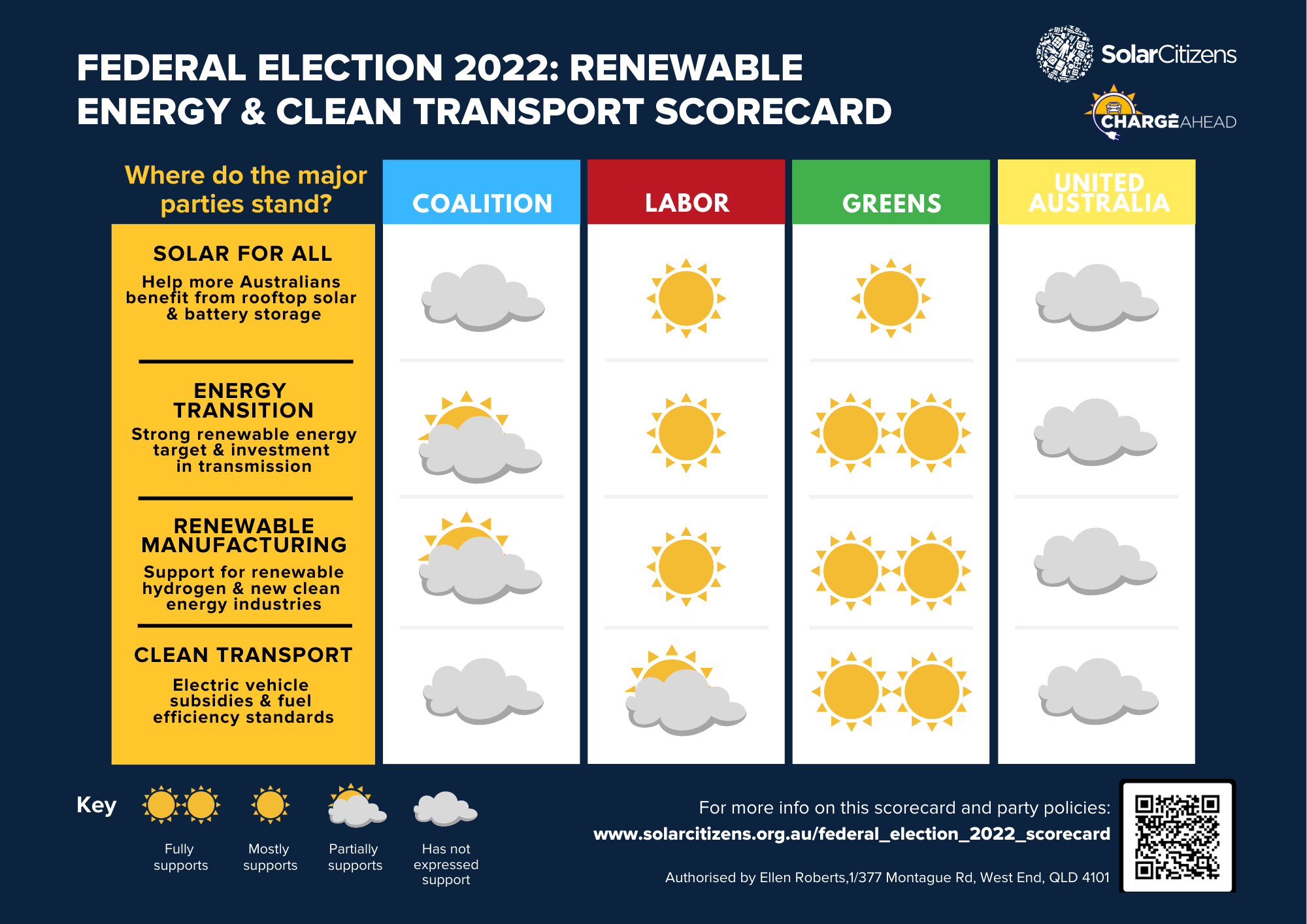 Further detail on the 2022 Renewable Energy & Clean Transport Scorecard and party promises can be found here.

Australian consumers missing out on supply of affordable EVs