The 2022 federal election is fast approaching, so Solar Citizens has taken a close look at where the major parties stand on key policies (you can read the policy recommendations here) needed to drive a rapid transition to renewable energy, kick-start new clean industries, and accelerate clean transport. 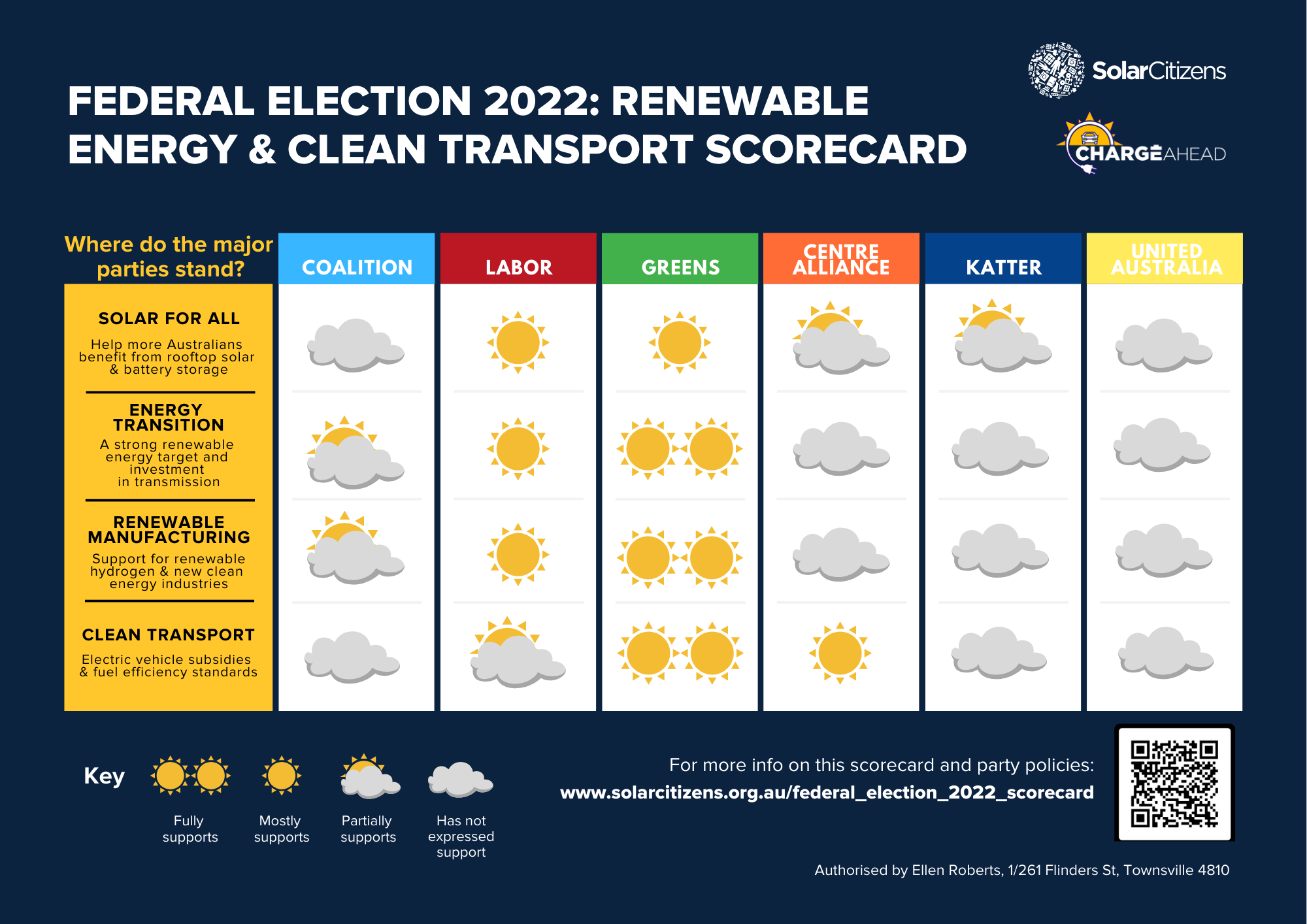 How the Parties Were Scored

We’ve collated promises that the parties have made and rated them on their commitment to these important renewable energy and clean transports policies.

Please note: The above has been compiled from publicly available information and statements, and will be updated to reflect new information and responses to a request from Solar Citizens to each party to confirm policy detail.