Power to the Postcard! - Solar Citizens

Power to the Postcard! 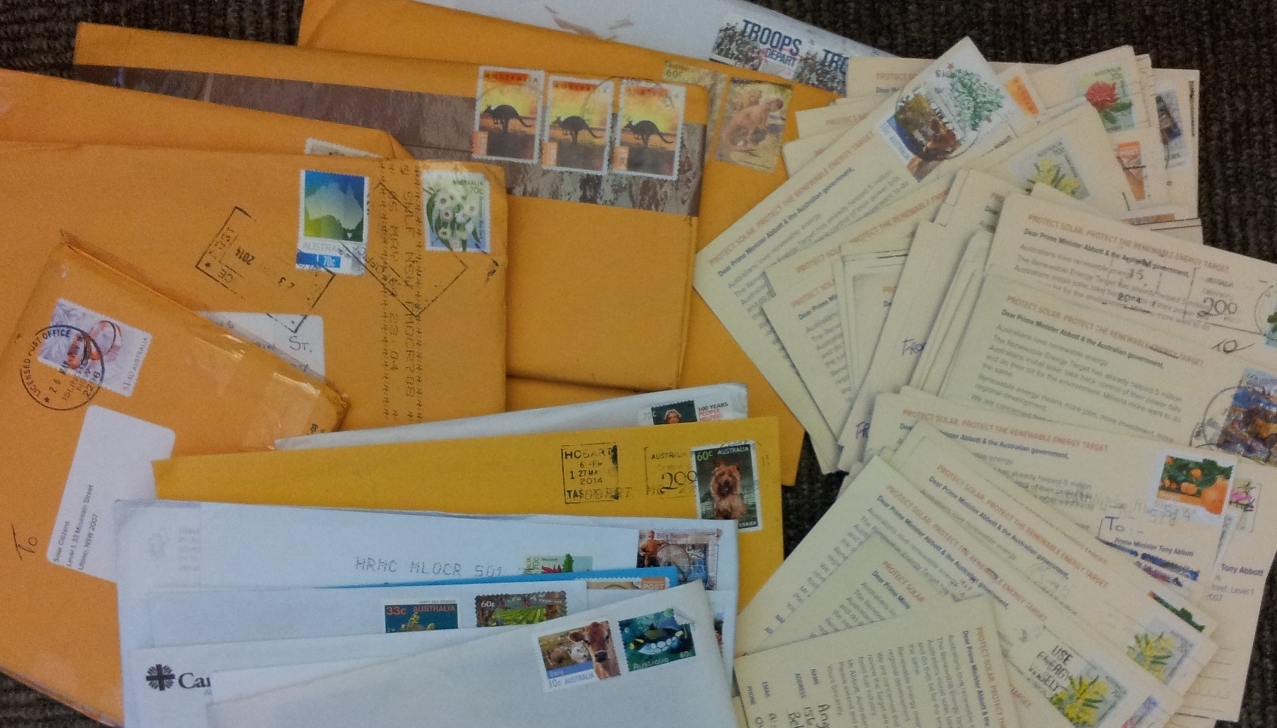 Every trip to the mailbox brings another batch of postcard petitions. The tens of thousands of postcards ordered as part of our campaign to protect the Renewable Energy Target (RET) are flooding in.

Solar supporters across Australia have been taking the postcards to their family, friends, neighbours and colleagues asking them to support the Renewable Energy Target.

Most people have been typing the information on the postcards into spreadsheets to email back to us, but others send the postcards - and our mailbox is overflowing! A team of volunteers in the Sydney office is typing the postcard data and uploading data to our system so we can keep track of the thousands of responses.

Others have been out and about at markets and meetings, collecting more signatures for the petition. 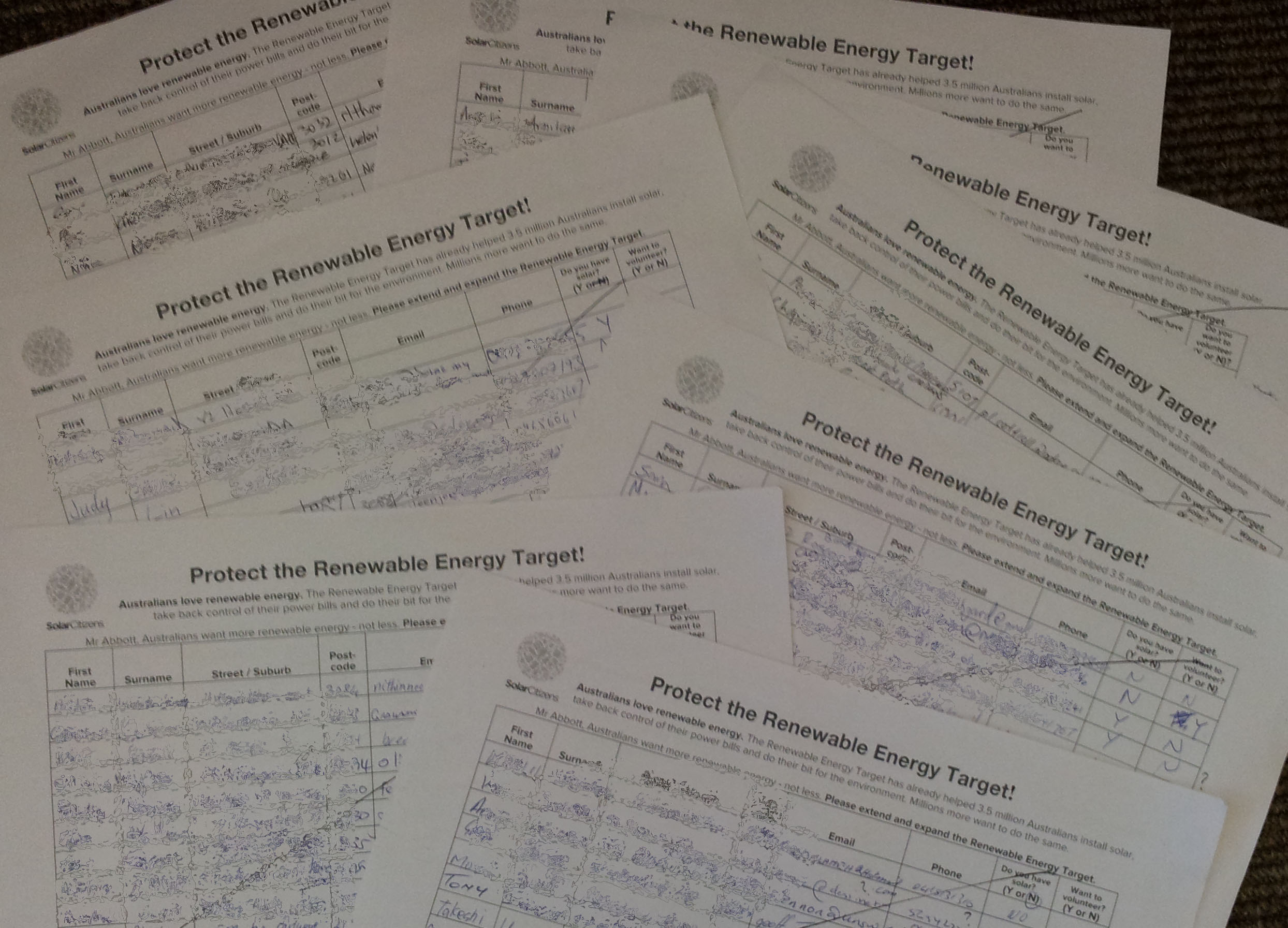 Whether it is postcards or petition forms, Australians are speaking up for clean energy.

The target is helping to transform our electricity generation mix to cleaner and more diverse sources and supporting growth and employment in solar and renewable energy.

We’re asking the government to maintain the current Renewable Energy Target of 41,000 gigawatt-hours of clean energy by 2020 in order to give policy certainty to new clean energy industries and continue an orderly transition from fossil fuels to cleaner energy.

If you’d like to support our Protect the RET campaign click here to order postcards before 30 June 2014. The RET Review Panel is due to deliver its report to government in July and solar voices need to be heard before the government makes any decisions about the target.

We’re really grateful to all the wonderful Solar Citizens supporters and volunteers who are helping Australians speak out on clean energy.

Thanks for being here - together we can do this!

Power to the Postcard!