Rooftop solar is the cheapest source of electricity available, but for many households, including those that rent and live in social housing, there are barriers to accessing this bill-slashing technology.

The issue is that there isn't an strong financial incentive for landlords to install solar on their rental properties because it's the tenants that will receive the lion's share of the benefits in the form of discounted electricity bills.

To overcome this issue and ensure that everyone can access the benefits of cheap solar energy, there are a number of policy options that the Australian or state governments can adopt. In this blog post we're going to explore two options that in particular the Queensland Government can deliver.

In 2019, the Queensland Government started running a trial program to increase the uptake of rooftop solar on rental properties. Rebates of up to $3,500 were offered to landlords to take part in the trial and install a solar system on their rental properties in the Gladstone, Bundaberg and Townsville Local Government Areas.

To participate in the program landlords and tenants had to sign an agreement where tenants agreed to pay a fair rent increase in return for the full use of the solar system. The average rent increase was $11 per week.

Overall, 670 properties had solar installed during the trial, and the results demonstrate that tenants were on average $600 a year better off after the was solar installed. Townsville social housing provider Yumba-Meta participated in the program, providing tenants with solar at no upfront cost to them.

Kara is one of the participating tenants and she said getting the solar has been a blessing. After moving into an all-electric home with solar she says her bills have come down from around $550 per quarter for gas and electricity to now $230.

“This is a major drop for me. I’m finding it a blessing because I can manage my bill now,” said Kara.

“In my last house we were really worried about our electricity and gas bills because they were our biggest bills aside from rent. Even though we were really diligent in turning everything off after we finished using it, prices started going up and we were struggling.

“It was hard to fit the electricity and gas bill into a single income. At times it felt like we had to choose between cooking food and using electricity. We even bought new electric appliances to rely less on gas because it was so expensive.

“Since moving into this house I’m not worried about the electricity we use. I’m happy. The solar has been a helping hand in my pocket. Now I don’t have to rob Peter to pay for Paul, so to speak.

“I think landlords should help tenants get solar because it makes it easier for them to pay rent. There have been times before where I had to ask for a rent extension because an electricity bill was due. Now that doesn’t happen.” 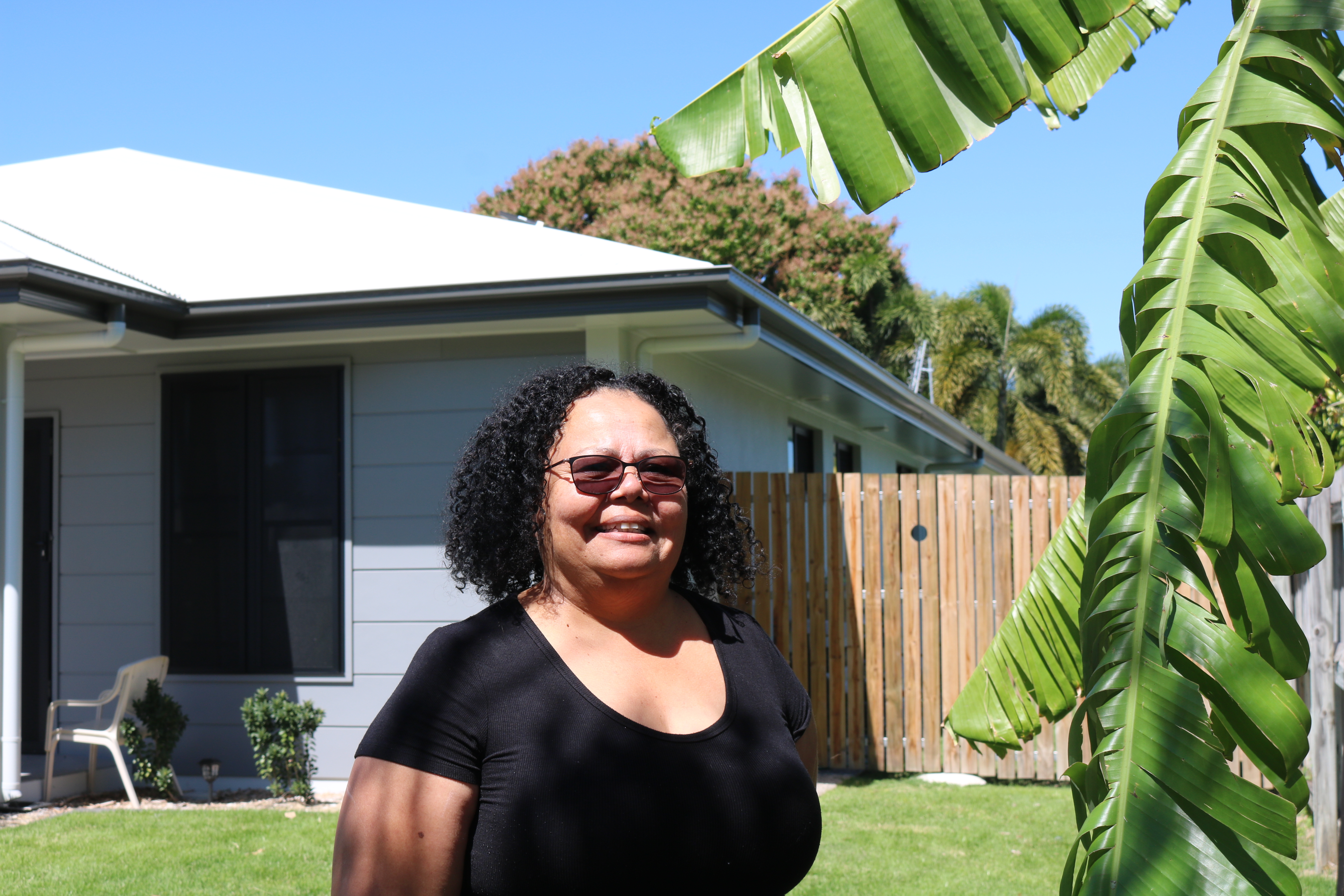 Kay is another resident in Yumba-Meta housing. A few years ago she had solar installed and it was a game-changer.

“I had 12 panels installed on my roof and my bills have come down a lot. My bills are now $22 per month where they used to be between $200-250 every three months, and that was even before I had air conditioning,” said Kay.

“I waited until the solar was installed to get air conditioning. Solar is really good for pensioners, that’s for sure!”

When it comes to the current spike in electricity prices, Kay says she’s not worried because of the solar, but she would have been without it.

“I reckon all low-income earners should be supported to get solar. With all of these cost of living hikes, I don’t know how families survive these days,” she said. 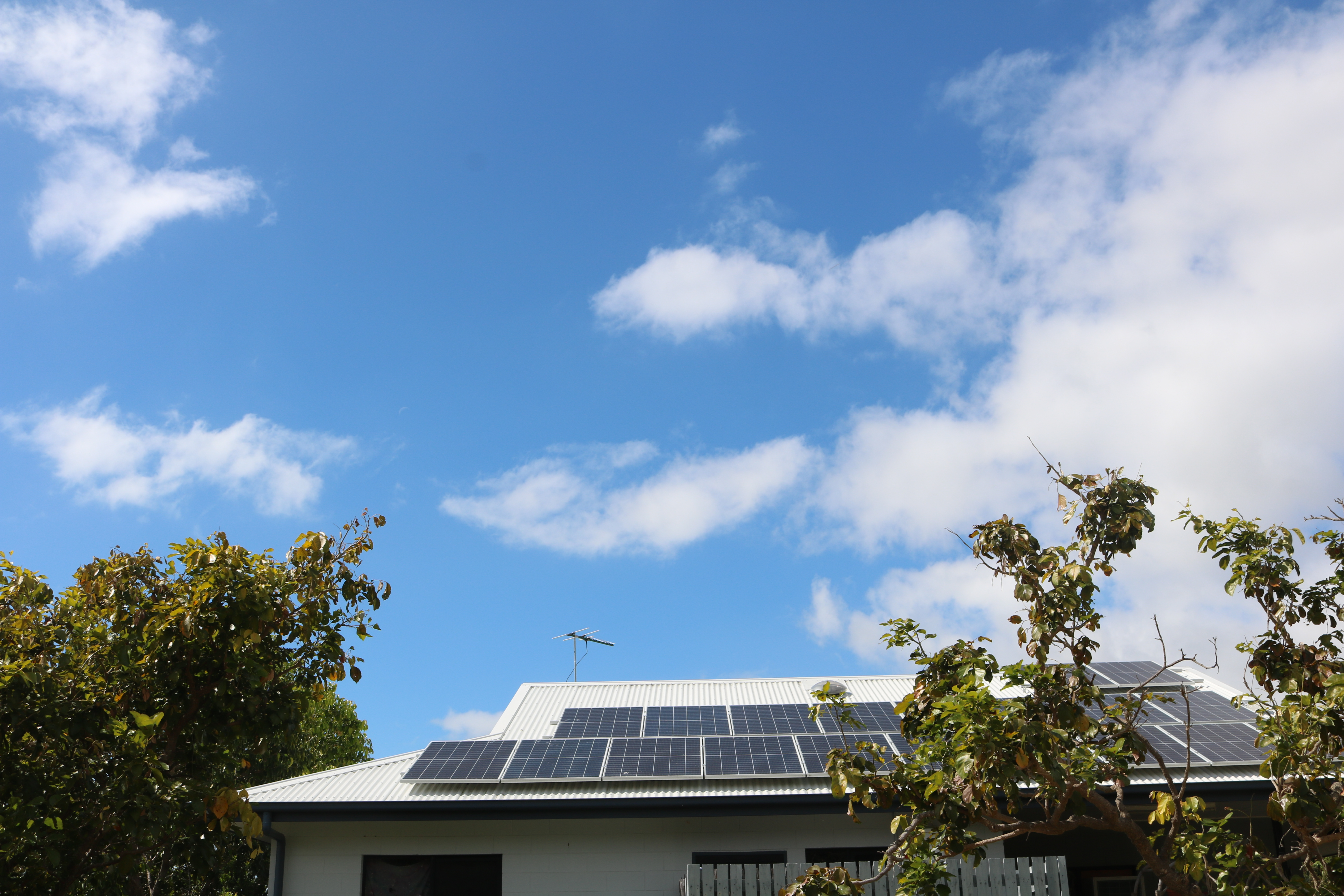 It's clear that Queensland's Solar for Renters trial is having a major positive impact for participating households. So, what comes next? Well for starters, we're calling on the Queensland Government to expand their trial and make the program accessible for the whole of Queensland. This is similar to what the Victorian Government has done; they are offering landlords solar panel rebates of up to $1,400 plus the option of an interest-free loan.

The payback period for a landlord participating in Queensland's trial is expected to be around 9 years. If this scheme was paired with government provided no-interest loans it would become a no-brainer for many landlords, particularly because the lifespan of solar panels is up to 25 years.

Another option that we'd like to see the Queensland Government pursue is a Virtual Power Plant (VPP) on the State's social housing stock. In South Australia there is a great example of this working successfully: the South Australian Government has paired with Tesla in pursuit of delivering the world's largest VPP, starting with rolling out solar and storage on 4,000 of the State's social homes.

What is a Virtual Power Plant? The SA Government describes it nicely on their website:

"A virtual power plant (VPP) is a network of distributed energy resources – such as homes with solar and battery systems – all working together as a single power plant.

The VPP operator uses WiFi technology and sophisticated software to charge or discharge energy from the batteries and trade it on the National Energy Market (NEM).

With many systems working together, small amounts of energy stored in individual home batteries can become large amounts of energy to help support the grid in times of need. The capacity and power of a VPP can sometimes match or even exceed a traditional power station."

In the case of the SA VPP, Tesla makes a profit by providing electricity to the grid when there are reliability concerns, and the social housing tenants have solar and storage installed on their homes at no upfront costs. The tenants are then offered the lowest electricity tariff on the market, a lower daily supply charge and part of the Tesla Powerwall home battery reserved to back up their home in a power outage.

According to the South Australian Government, without changing their energy usage, a typical customer is expected to save up to $423 off their annual electricity bill by taking part in the program.

Virtual Power Plant scheme such as this are a win-win: they help keep the lights on for all consumers and provide targeted bill relief for households that need it the most. We're encouraging all state and territory governments to implement similar programs, including Queensland.