Help me get to Solar Supercharge!

Can you chip in to help get Shamana to Solar Supercharge? 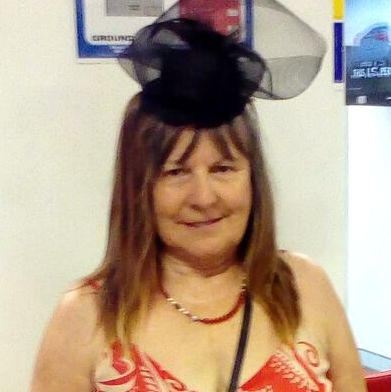 I'm a Social Activist. I'm the coordinator of International Peace Day in Byron Bay, as well as Amnesty International and other days ie Human Rights Day. I've been active from the Don Dunstan halycon vibrant era in South Australia where change was all around as a student 68 to 73 times were a changing. I grew up with no electricity or running water and learned conservation. I respect resources and deplore waste. Another campaign we need is Turn Off The Lights as we were told to do but Earth Hour is tokenism only. Social Change occurs with persistence commitment and reaching critical mass in the acceptance of the 'new' in the society. Women take it for granted that to walk into a bar and buy a drink is just now 'normal' but it was achieved by women who got arrested and jailed and fined in court. They probably lost jobs, passports to travel and husbands. The cost of change can be like this. People power works. If the people lead, the leaders will follow. Look at history. No leader wants to be unpopular. Change occurs with or without their approval. BE the change you want to see!!

Why I want to go to Solar Supercharge

I believe Solar Citizens can change the outcome of the coming election. I want to promote on the North Coast of NSW in the lead up. I attended the Adelaide Launch and was impressed with the presentation of stats and science which is educational and needs to be promoted as the public have a 'general' idea but to know the facts is mobilising peoples intention to do what they have been putting off cos of generalised uncertainty of where to start. That Europe has set up these schemes years ago and we the land of sunshine are battling to get our Govt to move on it is a shame. I was impressed with the presentation and promotion with mainstream activism that will attract all classes. I like the 'supporters' not 'members' as we are a TEAM effort, 'Team Solar' to use contemporary parlance. This is not just an environmental issue its survival of the species extreme timing issue. Its not good communication to be hysterical but hello!! Time is running out!!

Solar Supercharge is a three-day national action summit for clean energy, held on 13-15 February in Brisbane - Read more at www.solarcitizens.org.au/solar_supercharge. Any donation you make will go towards helping cover my costs of getting to Solar Supercharge, with any leftover going towards scholarships for other people to attend.