Queensland's 2020 state election is fast approaching and every party is coming to the table with different energy policies. We've collated all the promises that parties have made and rated them on their commitment to building a bright, renewable future for the Sunshine State. 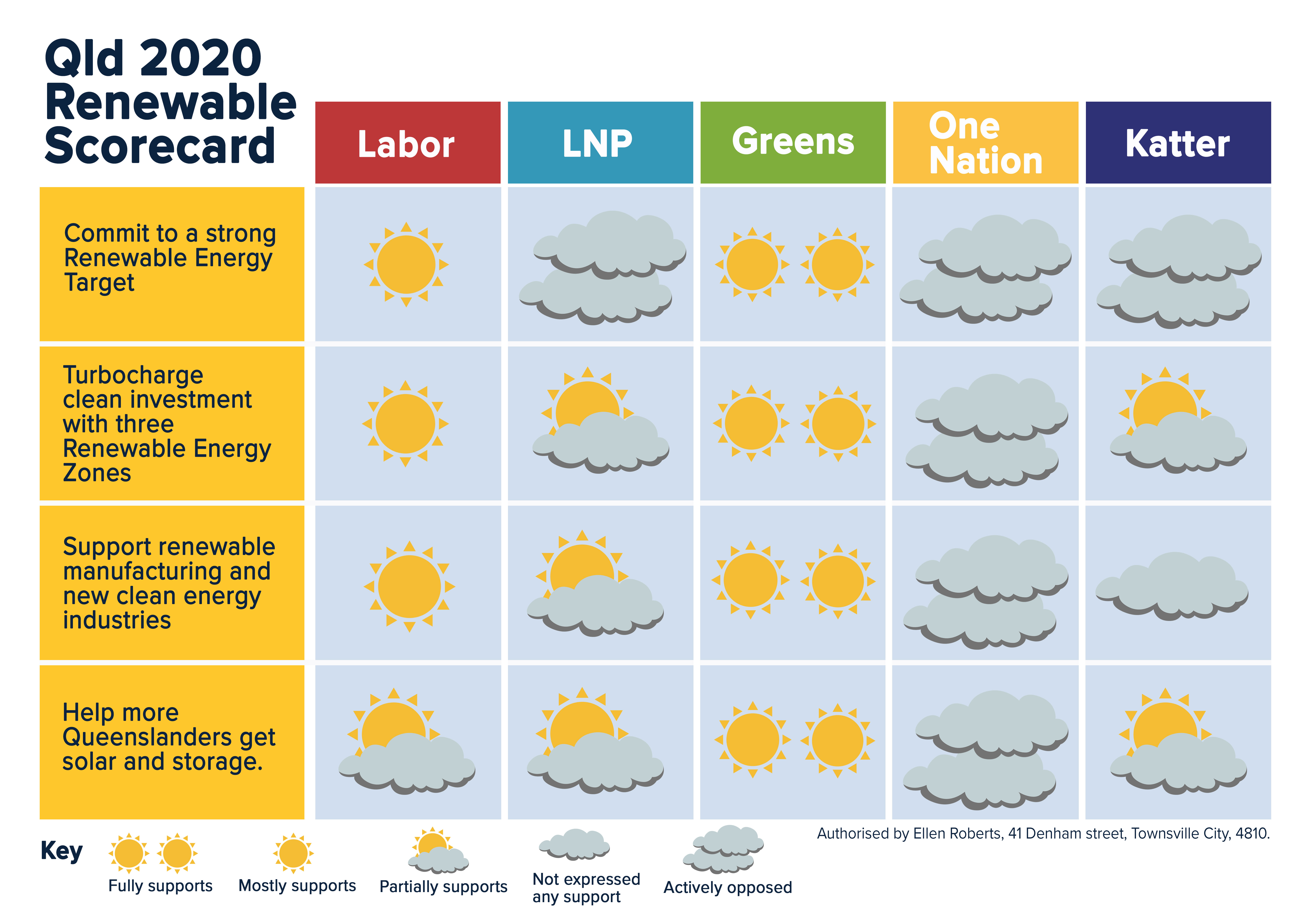 We wrote to Labor to clarify their policy positions and inform our scorecard. Read their response here.

We wrote to the LNP to clarify their policy positions and inform our scorecard. Read their response here.