If you can’t stand the heat, install some solar panels - Solar Citizens

If you can’t stand the heat, install some solar panels

As Sydney and NSW sweat through another heat wave, Solar Citizens are reminding consumers and policymakers that the time is right to understand the network wide benefits of installing solar

With NSW in the midst of another full blown heat wave, many people will be looking at that angry sun and wondering why indeed we are not harvesting its power more, especially as NSW’s ageing, and polluting power infrastructure, groans under unprecedented demand.

“Our best advice is, if you can't stand the heat, or you can't even fathom the costs of running those air conditioners, then quite simply - install some solar panels,” said Maria Cirillo, Deputy National Director, Solar Citizens.

“It’s a message that consumers are hearing but our political leaders seem to be blocking out.

“Solar is most effective on hot, sunny days, right when the grid is groaning under the strain of demand - like today.

“$7bn of out-of-pocket investment in rooftop solar pv, $4.4bn in bill savings and in terms of environmental benefits, 6 million tonnes of CO2 expected to be averted in 2016 alone.

“it is safe to assume that when we run the numbers this year, these figures will have ballooned further.

“investment in solar pv has been the backbone of the renewables revolution in Australia,” she said.

“Summer in the state of NSW is a great time to remind ourselves of this fact.

“The solar revolution is not a Sydney thing, it is a regional thing – and analysis of solar uptake in NSW (see below) is startlingly clear – out of the top ten electorates for solar uptake, all are regional, and 9 out of the ten are in Liberal or National held seats.

“That’s a lot of heat out there following the demise of the NSW FiT scheme.

“Australian political leaders need to understand just how much the average Australian themselves have committed of their own money to play a part in the transition of our power system. With 5 million Australians (or 1 in 5 voters) living under a solar roof, this is potent political constituency,” she said

“Solar producers are up against hugely powerful companies and corporations who are trying to make obscene profits from the energy they generate. Solar owners only want a fair go for the contribution they make to powering Australia and taking pressure off the grid, on these stinking hot days, we need to remind people of this,” said Cirillo.

“The people across NSW, farming the sun, while the cities, suburbs and streets swelter, are deserving a fair price for solar that recognises the true value sun power delivers to the community,” she said.

“The price paid to rooftop solar owners should be linked to the wholesale market. Solar is actually produced at peak times during hot days when the sun is shining and air-conditioners raise demand so it is inherently more valuable.

“We will be working tirelessly to ensure that in the year ahead, they get one – from Albury to Dubbo to Drummoyne,” she said. 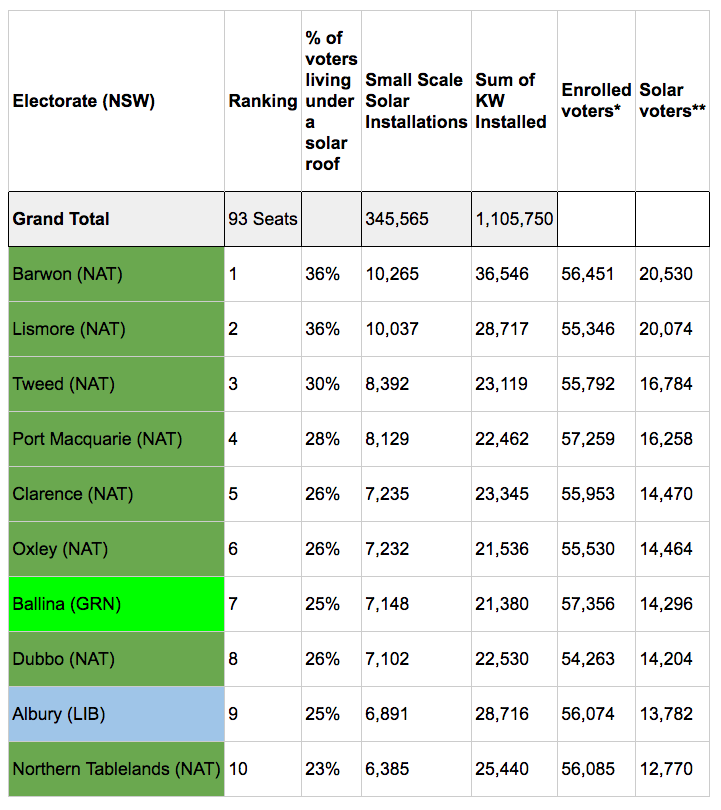 **Based on 2 voters per install

If you can’t stand the heat, install some solar panels

Australians want to take the power back as bills spiral