Hundreds of Cuppas around Australia 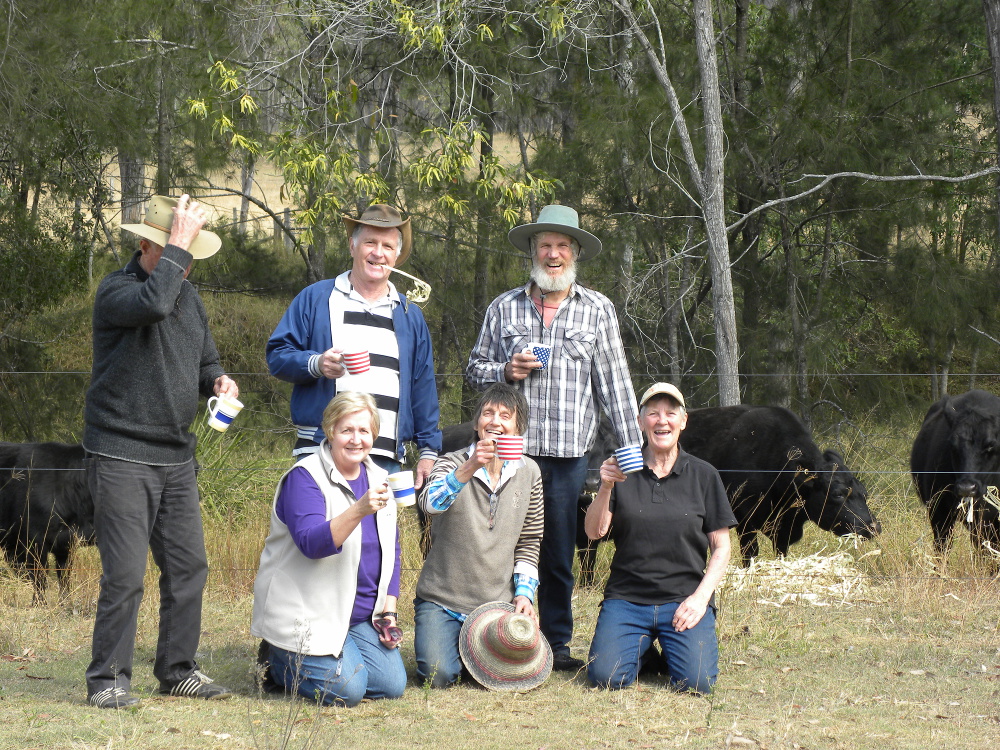 News is rolling in from the hundreds of Cuppa Sunshine events underway around Australia this week. Participants are telling their local MPs and cross bench senators that they want the Renewable Energy Target kept strong.

We’ve heard about Cuppa Sunshine gatherings in parks, homes and workplaces all around Australia.

Here’s a taste of some of the activities...

In Rockhampton, the Capricornia Conservation Council erected a display in a local park to show how the Renewable Energy Target helps Australia manage the transition to clean energy. They also got their Keep Solar Strong message out through excellent coverage on radio and television! 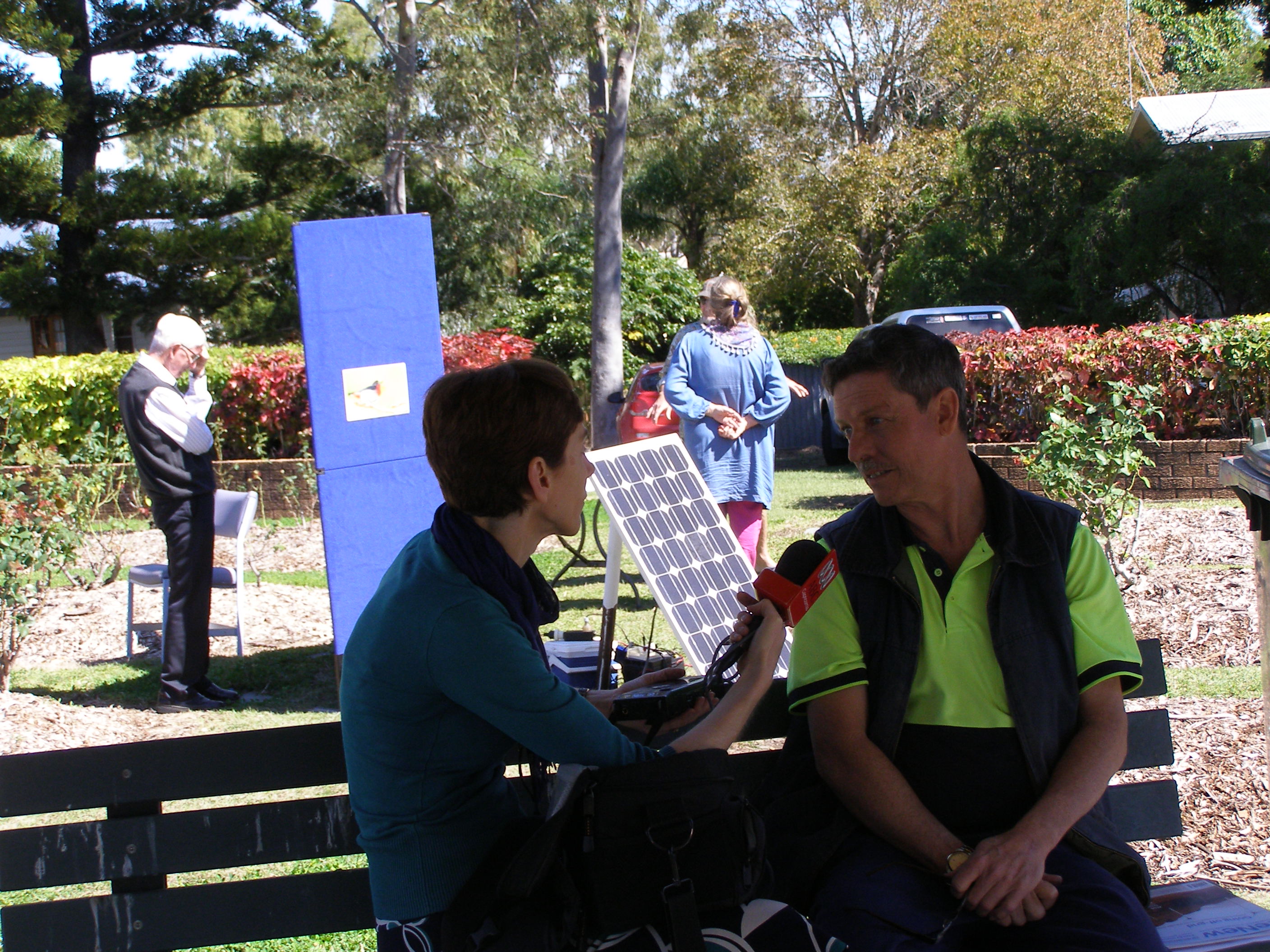 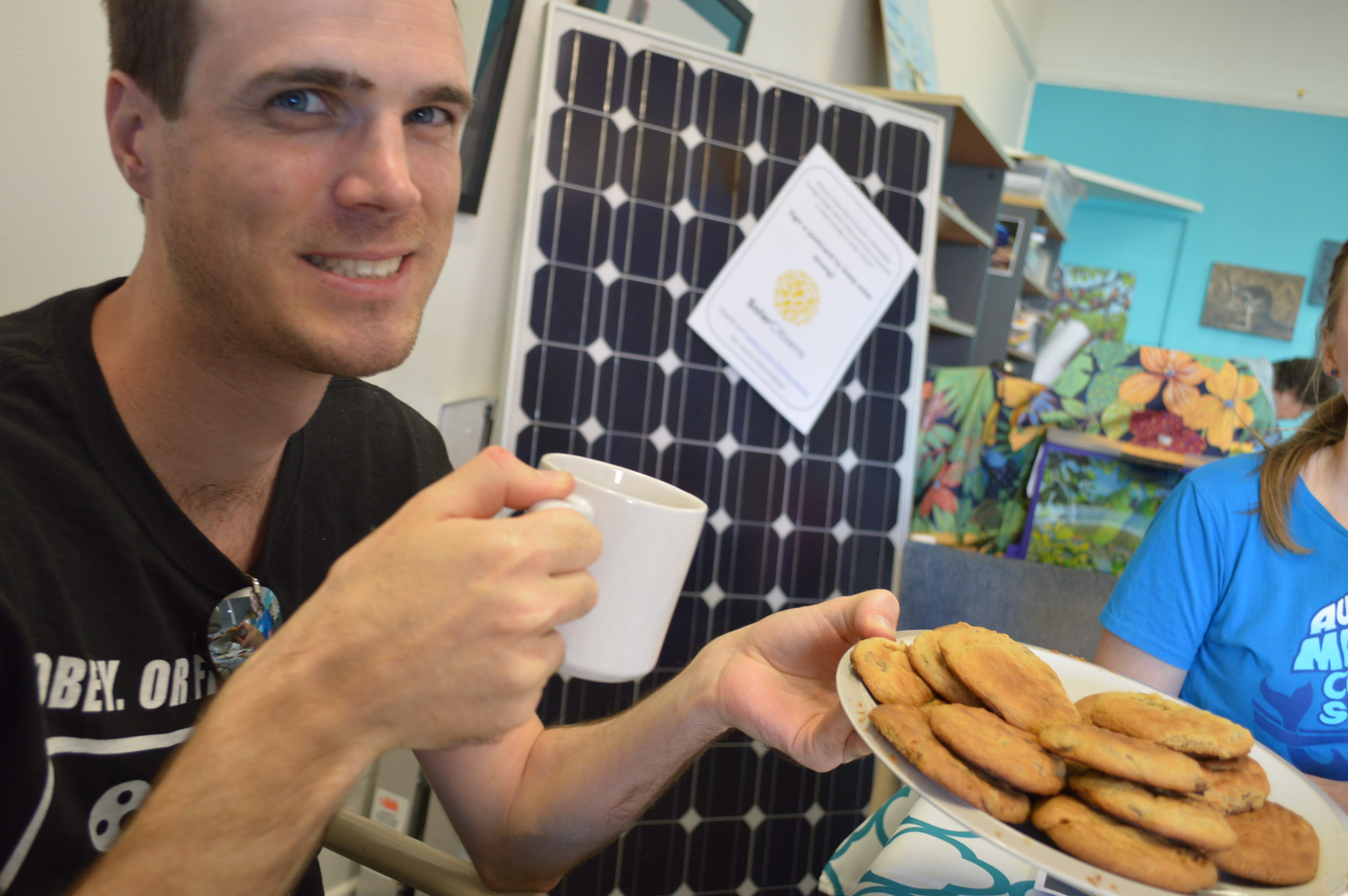 Look at their smiling faces. 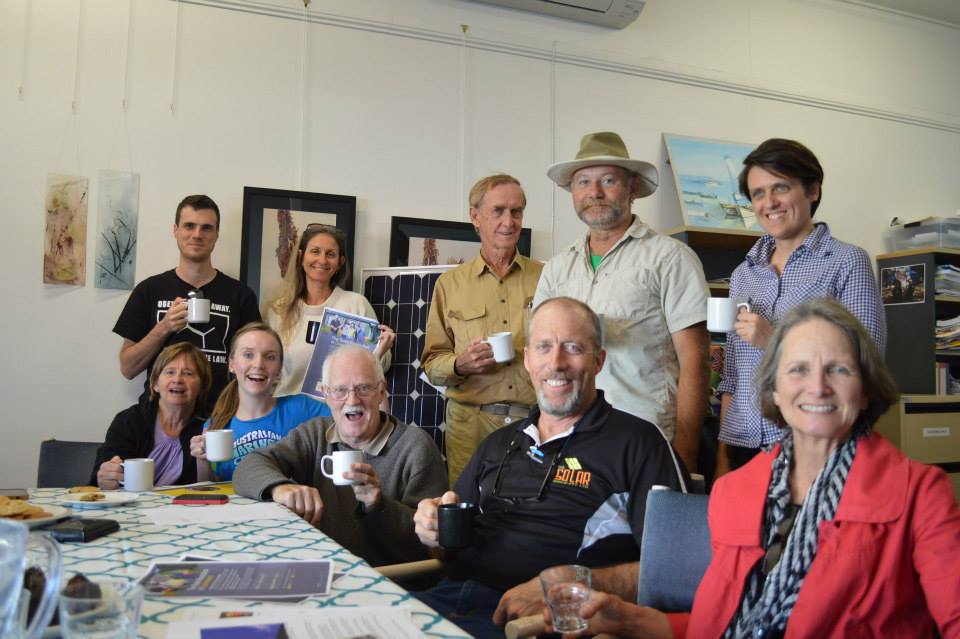 After the socialising, it was down to work as letters were written to politicians telling them to protect the Renewable Energy Target. 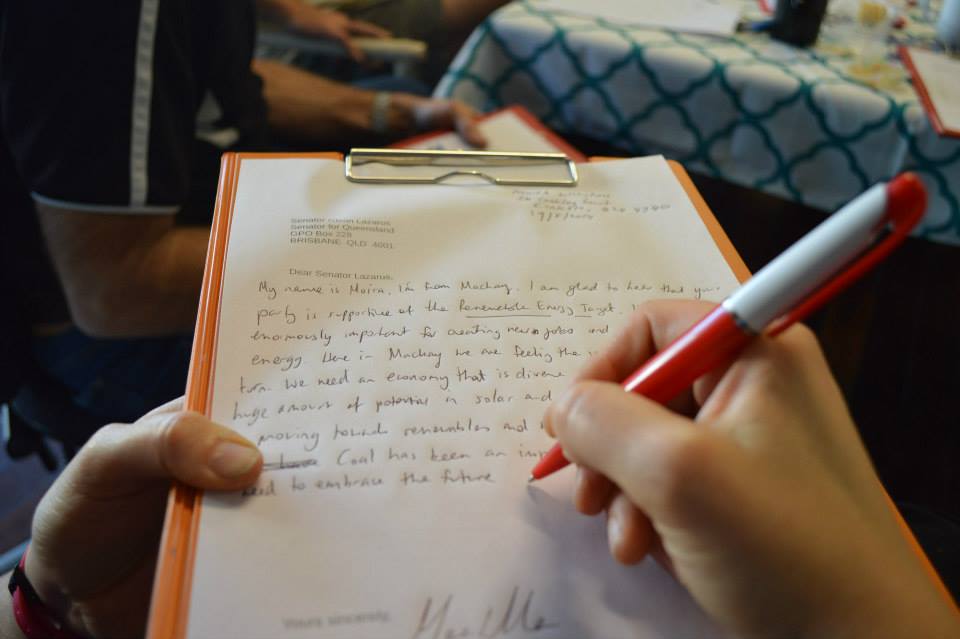 One friend went on to her French group and they are now writing letters too.

Cuppa Sunshine was a great idea and gave my friends more info and sense of power. The resources and timing of each email from you was just right.

The hardy folk in Bundanoon rugged up and braved the winter weather to get together, enjoy refreshments and write letters. 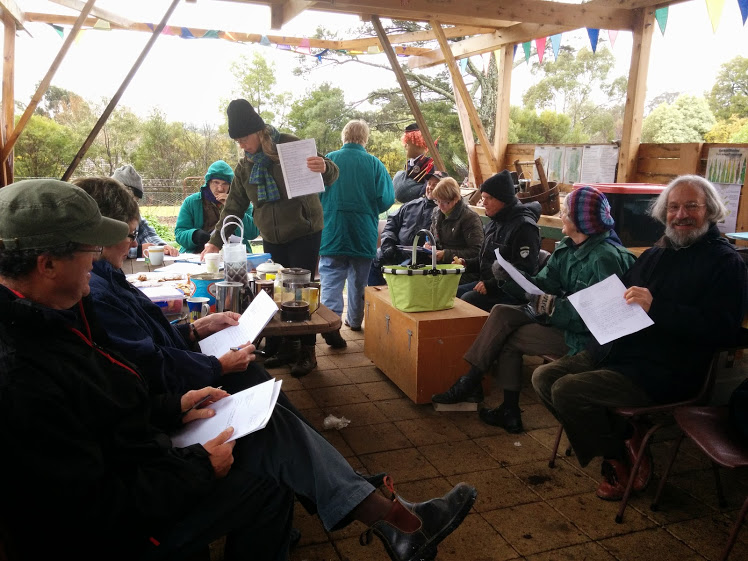 It’s not over yet though – Cuppa Sunshine events will continue through to the weekend!

When we are concerned about our future, there’s nothing better than getting together with a group of like-minded people to make our voices heard.

We had a great day at our Cuppa Sunshine! 14 letters posted! Many other visitors who learnt more about the power of the cross benchers.

Cuppa Sunshine events have been very heartening and empowering for the people who have attended. And our elected representatives have heard that renewable energy is important to us.

If you'd like to join thousands around the country writing letters to their cross bench senators and local MP to protect the Renewable Energy Target you can make the pledge here: solarcitizens.org.au/cuppa_pledge

And you can check out more photos from Cuppa Sunshine events as they roll in on our Facebook page.

Hundreds of Cuppas around Australia