According to CSIRO and Energy Networks Australia, up to 45% of the country’s future energy generation will be local and customer-owned. Right across the country we’re transitioning to a more distributed energy system, and everyday people are leading the charge for cleaner environment and lower bills.

Community energy projects help everyone make the most of the renewable revolution – including renters, people living apartments and low-income households that might otherwise miss out on slashing their bills with rooftop solar.

Here are some examples of community initiatives that are helping slash electricity bills and driving Australia’s transition to 100% clean, renewable energy. Communities everywhere are taking action!

The Bendigo Sustainability Group (BSG) have undertaken many projects aimed at making Bendigo more self-sustaining, including providing advice to individuals and businesses about installing solar systems. The group has been appointed host for the Community Power Hub Bendigo, which is a Victorian Government initiative to foster community energy in pilot locations.

In this capacity, the BSG has also organised the installation of solar systems in the community. They entirely crowd funded the installation of panels on the City of Greater Bendigo library, and more recently, a 30kW system over eight social housing units. The group raised an impressive $30,000 from individuals, local organisations and businesses for just the social housing project.

So how does it work? The BSG owns these installations. The Council pay the BSG for the electricity produced from the solar on the Library, and in the case of the social housing project, the tenants pay for electricity as part of their rent and from now on will pay about $500 less per year.

The group has more community projects in the works – they’re even looking at developing a 2MW community solar farm in Central Victoria! 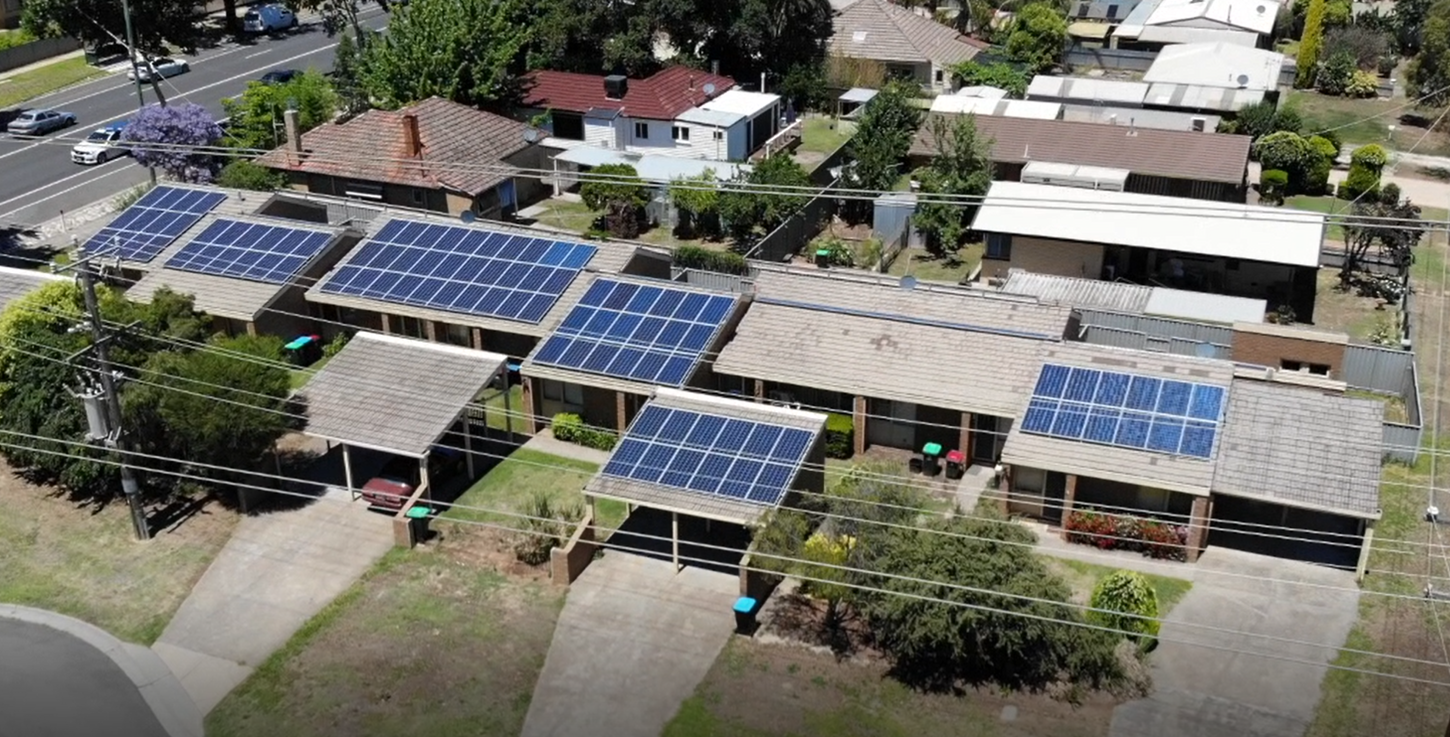 SolarShare in the ACT is planning to build Australia’s largest community-owned solar farm. SolarShare is a member-owned business with the goal of including anyone who wants to be part of the shift to a renewable energy economy, through owning a share in local renewable energy generation.

A community solar farm is a solar power plant which is co-owned by members of the nearby community. Investors in the solar farm have a closer relationship to local energy, the environment and the community while choosing a sustainable investment with a financial return.

SolarShare allows residents to purchase shares in the solar farm and receive a financial return on their investment when energy is sold to Canberra’s power grid. This project is an opportunity for people to own part of a solar farm, when they may have difficulty getting their own residential solar panels, including those renting, living in apartments or other buildings without a suitable rooftop, or with limited finances.

SolarShare’s flagship project is a 1 MW solar farm that will be built in the Majura Valley, behind Canberra’s bushy Mount Majura. Once complete, the solar farm will generate enough clean energy to power 250 homes, preventing some 1,700 tonnes of CO₂ a year from polluting the atmosphere.

Our climate is changing and so too is our society. This unique project is part of the shift to an economy where communities have an important part to play in our energy choices.