Townsville is perfectly placed to become a low-emissions economic powerhouse and produce energy, minerals and materials to power the world’s transition to a cleaner future.

Our latest analysis found a staggering 24,950 jobs, including 5,350 ongoing jobs, would be created by 2030 if Townsville became a Renewable Energy Industrial Precinct – a hub for advanced manufacturing and processing that’s powered entirely by clean energy backed by storage and renewable hydrogen.

Already clean technology is powering local jobs as businesses line up to capitalise on the region's impressive renewable energy potential and proximity to the North West Minerals Province. At the same time, homes and businesses all over—from shopping centres, local businesses, and even large industrial energy users—are turning to renewables backed by storage to safeguard themselves against rising power prices and ensure they stay globally competitive.

Below are three examples of how action on climate change and the transition to clean technology is already powering jobs in regional North Queensland. 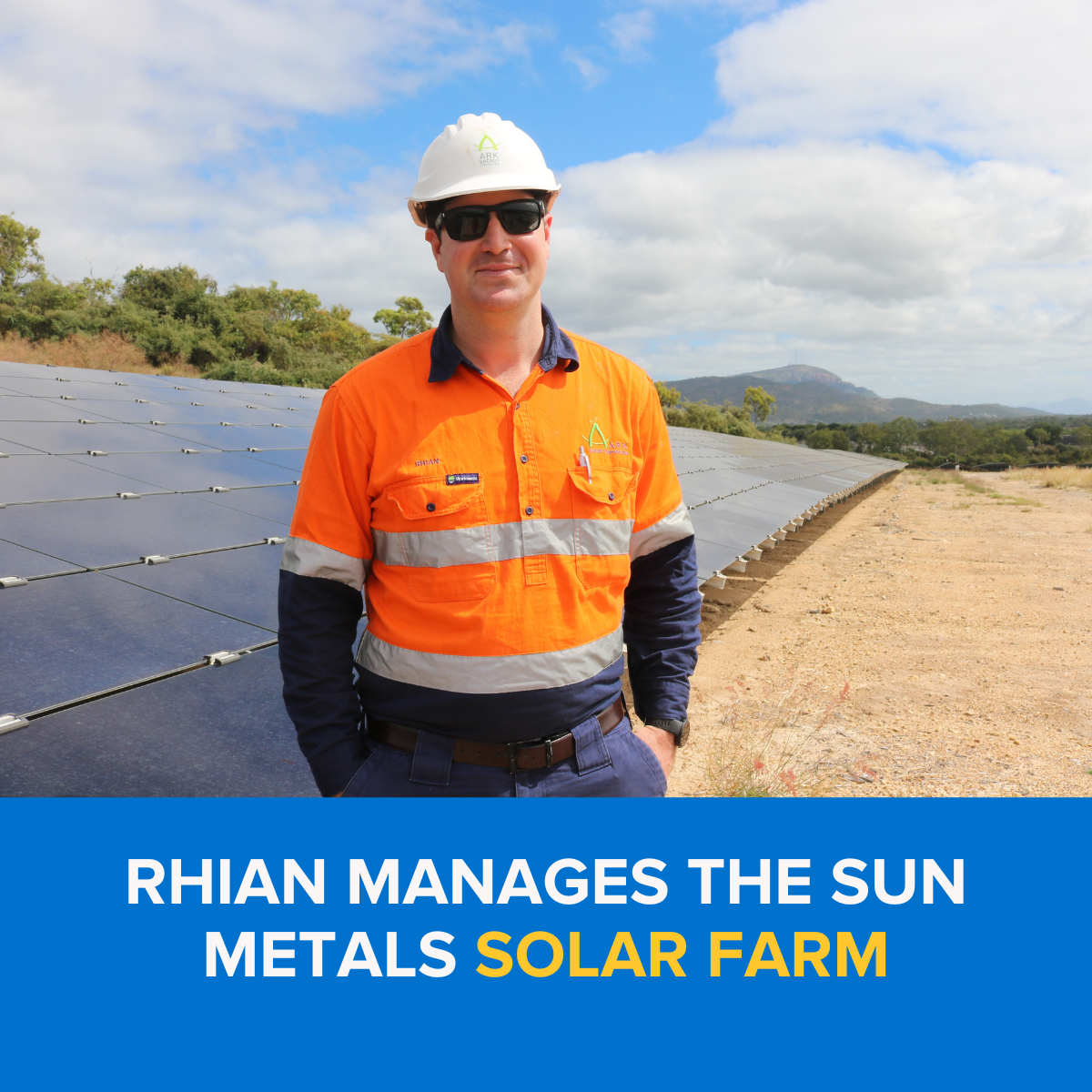 In 2018, Sun Metals commissioned a 124 MW solar farm to help reduce the running costs of the refinery. For Rhian, the move to working in renewable energy was an exciting opportunity to learn new skills and progress his career. When the opportunity came up, he leapt at the chance to work on the development of the solar farm.

Rhian is now employed by Ark Energy, Sun Metals’ sister company, as the Operations and Maintenance Manager for the solar farm. Impressively, today the solar farm produces the equivalent of a third of the refinery's energy needs.

“Ark Energy felt like the perfect fit for me. There is so much room to learn new skills and grow into the future,” said Rhian.

“Working in renewable energy is great because it’s ever-evolving. I’m never bored; I’m always learning and I love it.

“I have two young boys and it will be great for them to grow up knowing that their dad was involved in the transition to cleaner energy.”

Ark Energy, a subsidiary of Korea Zinc, has progressive plans to develop a 3,500 MW renewable hydrogen facility in Townsville by 2040. In 2030, they are aiming to have established a 900 MW electrolyser, which will require up to 2,200 MW of renewable energy generation to run.

Rhian is one of the Ark Energy teammates who is working to establish a renewable hydrogen pilot at the zinc refinery site. The renewable hydrogen fuel generated from the project will be used to power five new fuel-cell electric trucks.

Ark Energy's mission is to become the safest and most competitive producer of green hydrogen in the world and Townsville is at the heart of their plans. 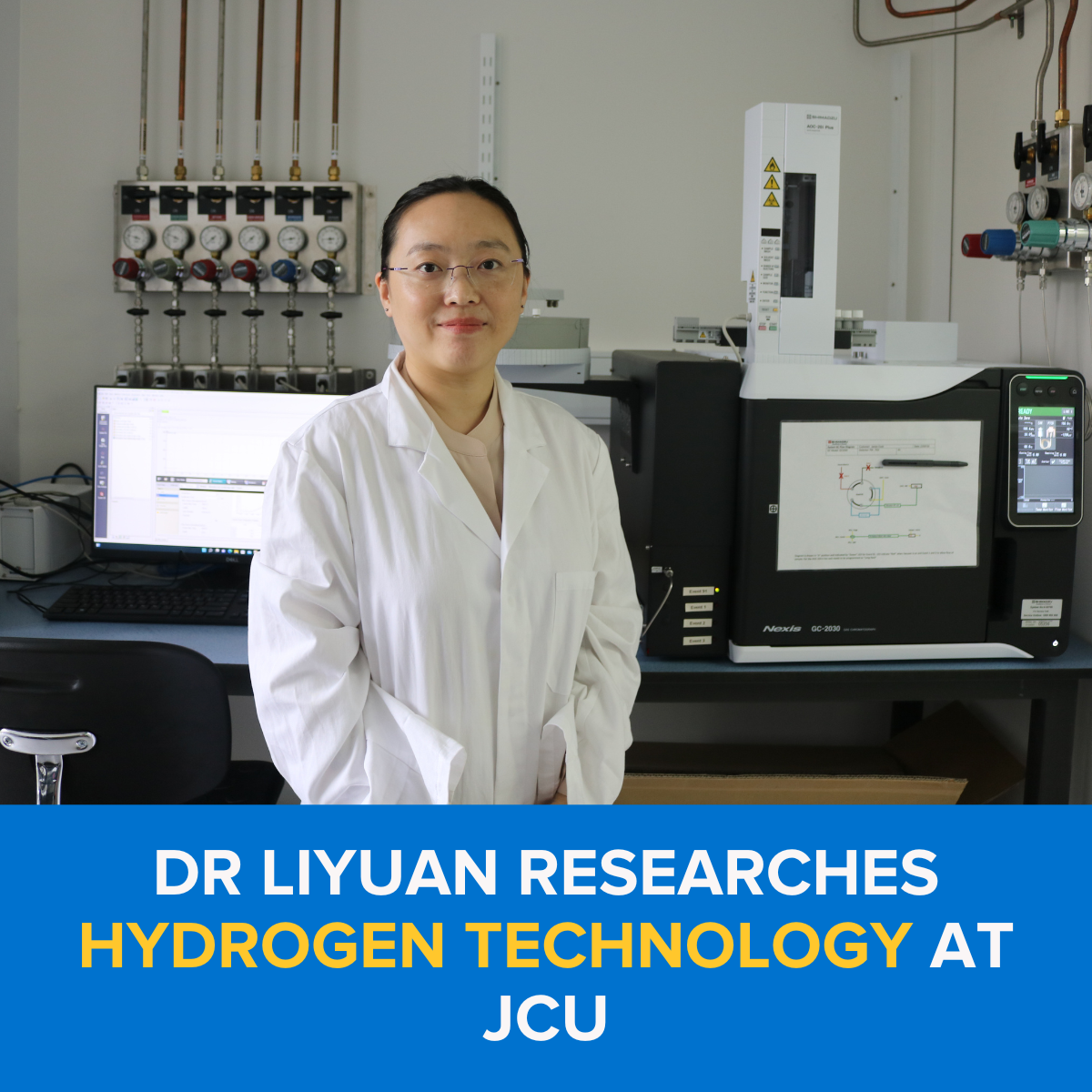 Dr Liyuan Fan is a lecturer at James Cook University (JCU) where she’s researching how best to use fuel cell technology to convert bio waste into useful gases, including hydrogen, and electricity.

She’s passionate about educating the next generation and getting students excited about sustainable engineering, especially considering North Queensland’s impressive potential to become a hub for green hydrogen production. She explains that hydrogen fuel can be made locally from renewable energy and the city’s wastewater.

“Townsville is the perfect place to build a thriving green hydrogen industry. We have more than 300 days of sunshine, we’re well positioned with a good port, and importantly we have JCU,” said Dr Liyuan.

“JCU is well-positioned to research sustainable processes because we are close to mining and processing operations and can do partnerships for on-site testing.

“There’s already a lot happening locally. Ark Energy is moving forward with a renewable hydrogen project that will create fuel for their trucks, and there are other projects that haven’t been announced yet. It’s very exciting.

“I’m very passionate about supporting hydrogen and fuel cell technology development because we need to move away from getting fossil fuels out of the ground and instead become more sustainable.” 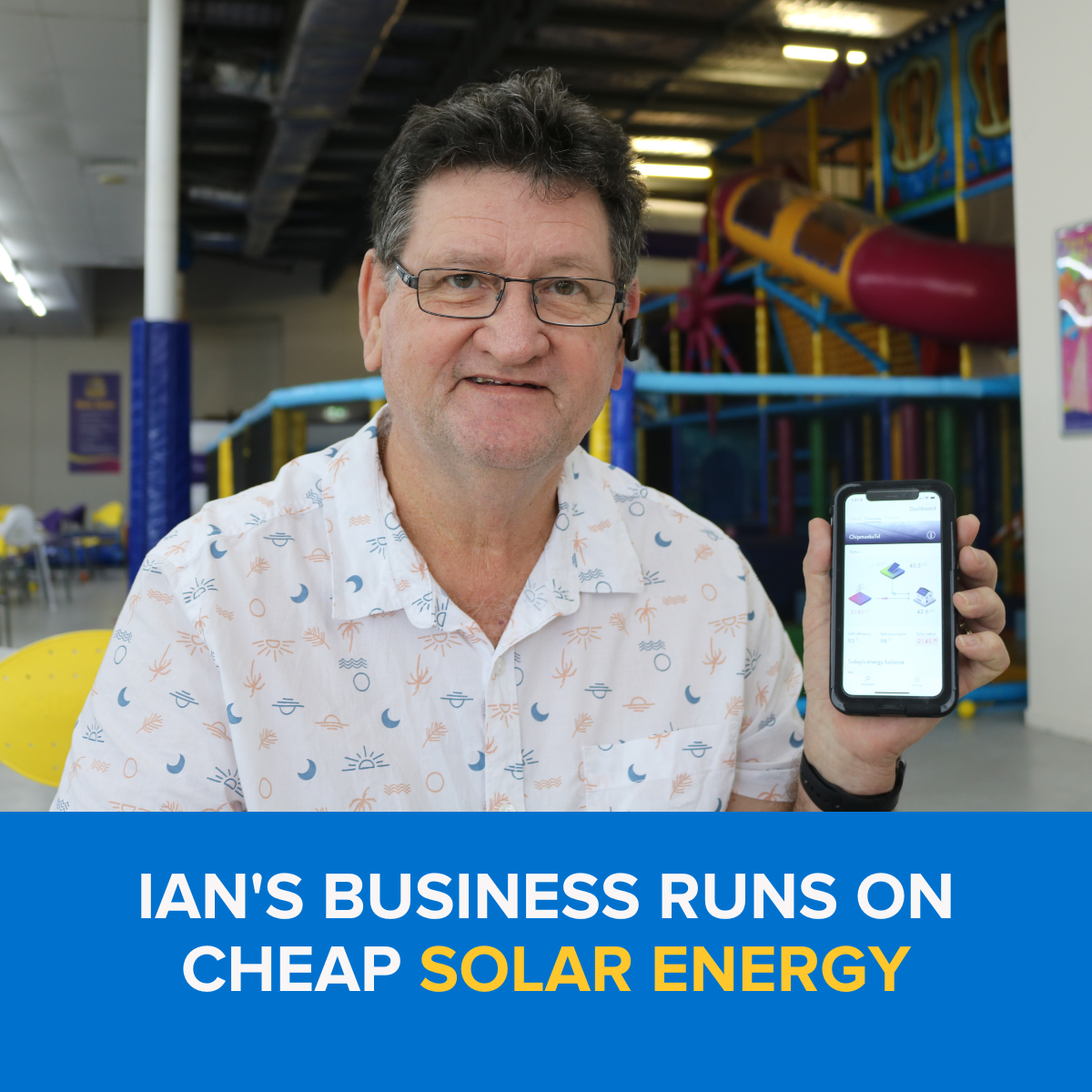 When Ian and his wife Michelle opened a playcentre and cafe in Townsville’s West End they were shocked to receive power bills that were as high as $9,000 per month in the heat of summer. Determined to bring down his power bills, Ian looked into getting solar.

“This is the perfect business for solar because 95% of our electricity consumption is during the day,” said Ian.

They took the bold move of covering nearly the entire roof with solar, which cost $100,000 – and now it’s paying off.

“Even on cloudy days we still produce the bulk of what we need from the solar.

“If you live in North Queensland and you don’t have solar, you’re missing out on an opportunity that’s pure gold.

“The energy we generate now is basically free electricity. What’s not to love about that? You can either produce your own power or you're just giving money to Ergon.”

Following the success of solar on their business, Ian decided to install an impressive 13kW solar system and a battery at home.

“We decided to get a battery at home so the lights stay on following cyclones. Now that we have solar installed on the business and at home we’re not concerned about the cost of electricity going up,” he said.

Solar for All Needed for Healthy Homes