10 Things To Know About Batteries

10 Things to Know About Batteries

The storage revolution is here!

And it’s coming to homes across Australia. Home battery storage is looking better than ever - in fact, nearly 21,000 Australian households installed a solar battery in 2017. Both the cost and size of batteries are shrinking, and the variety of makes and models is increasing. It is predicted that Australian households will install 1 million batteries by 2020.

So whether you’re considering installing home battery storage, already have it or you’re wondering what all the fuss is about, here are 10 things you should know about batteries and the storage revolution:

The big appeal of home battery storage is that it makes solar energy available when the sun isn’t shining. Batteries store excess energy produced by a solar PV system during the day, which can then be used at night or at peak times when buying electricity from the grid is more expensive.

This flexibility means battery owners can save money on their energy bills, maintain some independence from the grid and increase their energy efficiency. Plus, with a few add-ons, a battery may also offer protection against blackouts and power outages. Remember, for a solar and storage system to work during blackouts, you need a hybrid system that isolates the installation from the main grid.

In 2018, the average cost of home battery storage in Australia was around $650 to $2400 per kWh capacity, plus installation. For context, residential batteries usually have a capacity of 3-12kWh, though smaller units are becoming more popular.

Prices are falling, and they're falling quickly. Consumers are already seeing the benefits of these plummeting prices; battery enthusiasts were thrilled when Tesla’s Powerwall 2 stayed the same price as its predecessor while doubling in capacity. 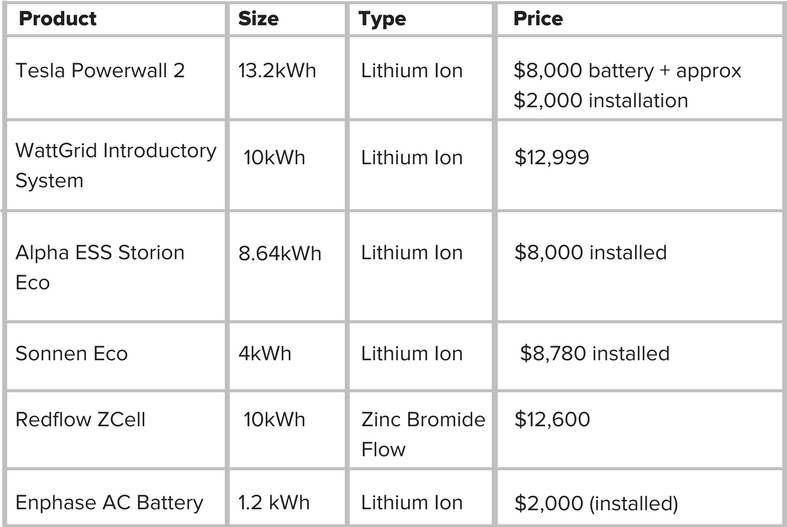 What prices are out there? This table gives 2017 prices for a some popular battery products in a variety of sizes.

3. It’s all about the payback period

With prices dropping, batteries are on the cusp of becoming cost-effective for more and more Australians. In fact, the Alternative Technology Association (ATA) predicted that they would be economically attractive by 2020.

You can determine whether or not installing a home battery makes economic sense for you by looking at its payback period – the amount of time it takes for the savings created by battery storage to equal or exceed the installation cost of the system. Generally speaking, a battery will save you money if its payback period is shorter than its warranty.

Battery warranties are a bit tricky to compare because they’re not standardised yet. While there are a few resources that help you compare warranties in detail, a rough baseline for home battery warranties is three to 10 years. The most common type of new batteries, lithium ion batteries, last about 10 years on average.

Under the right circumstances, payback periods will be shorter than the 10 year average warranty. A variety of factors influence the length of a payback period, including the location of the battery owner, the amount of energy you’re using and when you plan to use it. It’s a good idea to have a think about all of these before you decide on your storage system.

Of course, payback periods aren’t everyone’s top priority. If you’re less worried about the savings and more focused on the other advantages of battery storage, you might want to consider the battery technology that best suits your needs, whether your battery can be wall mounted and how much independence you’d like from the grid. 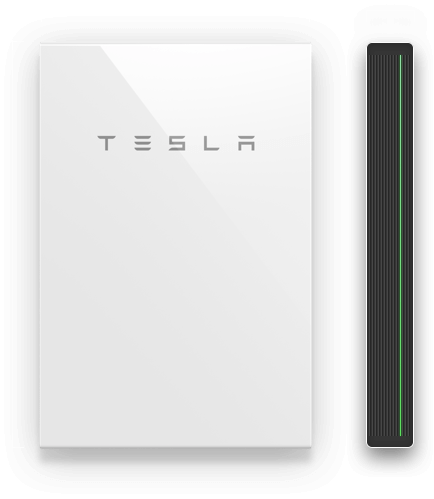 4. Some cities are more battery friendly than others

5. Knowing how much energy you use and when you use it will help you get the most out of a battery storage system

In general, batteries make the most economic sense for homes that consume a large amount of electricity. Using Sunwiz’s PVSell software, Solar Choice calculated that households that consume 30kWh of energy per day consistently see better returns and shorter payback periods for batteries than those that consume 20kWh daily. The average Australian household uses about 18kWh per day. You can install a device to monitor how much energy you're using and when, so you can make an informed choice about what battery system is right for you.

It also matters when you use the most energy. Solar Choice also found that consumers who use energy late in the day with an evening peak - likely households with a home office - are the best candidates for batteries.

Batteries store electrical energy and then release it through a chemical process, but not all batteries do this in the same way. There are a few different types of batteries on the market. The most common are lead acid and lithium ion (Li-on). A few less commonly used technologies are nickel-based, flow and sodium ion.

In the past, lead acid batteries were the standard for home storage systems and electric vehicles, but they’re being surpassed in popularity by lithium ion batteries.

Lithium ion batteries are made of lithium and a mix of other chemicals that usually includes aluminum, cobalt, nickel or phosphate. They have a high energy density, so they are smaller and lighter than their lead acid counterparts. They are expected to dominate the storage market in coming years due to their versatility, potential for recycling and a projected drop in production costs.

Other technologies are rare in Australia right now, but they’re worth keeping an eye on since battery storage is evolving so quickly. 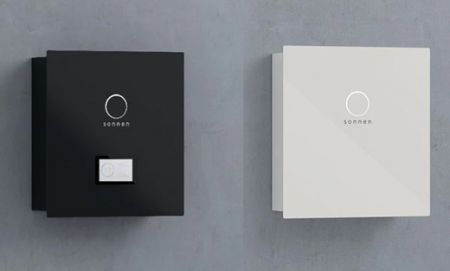 It’s easy to add a battery inverter to many existing PV systems - so you might already be battery ready. If you’re adding a new system entirely, you might consider getting a hybrid inverter that can manage both.

8. A variety of battery brands and products are available in Australia

If you’re in the market for a home battery system, you’re spoilt for choice! More than 150 different products are offered in Australia and there are some great online tools to help you make sense of them all.

There are plenty of professionals who can help you out, too. The Clean Energy Council has a list of accredited installers who can answer your storage questions.

9. Regulations on batteries are being developed right now

Home storage batteries are widely considered to be safe - no riskier than keeping a car with a tank full of petrol in your garage. Batteries do, however, pose the same risks as any other electrical system. You can avoid risks of fire or leakage with regular maintenance and by keeping batteries in well-ventilated areas that are separate from living spaces in a household.

Batteries offer a great deal of potential, but they still act as an add-on to PV systems. If you’re not producing any solar power, it doesn’t matter how much storage you have! Batteries don’t generate power on their own, and studies show that batteries are most beneficial for those who are already using their solar systems effectively.

Solar power is already an economic no-brainer in Australia. The standard warranty on a rooftop PV system is 25 years and most solar owners see a payback period of about three years. So if you want to get solar with batteries, you might as well get the panels now and install your storage later, when it makes economic sense for you. Find more info about going solar here and a free tool which estimates the economic feasibility of a solar-battery system here.

So, where does that leave you?

So if you’re already a part of the rooftop revolution, joining the storage revolution might be your next move. For those who aren’t yet ready to become early adopters of home storage, know your battery basics. And keep an eye out, because battery technology is charging ahead!