Just last week, on June 11th, over 150 current and future solar owners came together in Adelaide - in one of the State’s most marginal electorates - to say: South Australia wants to keep solar strong. 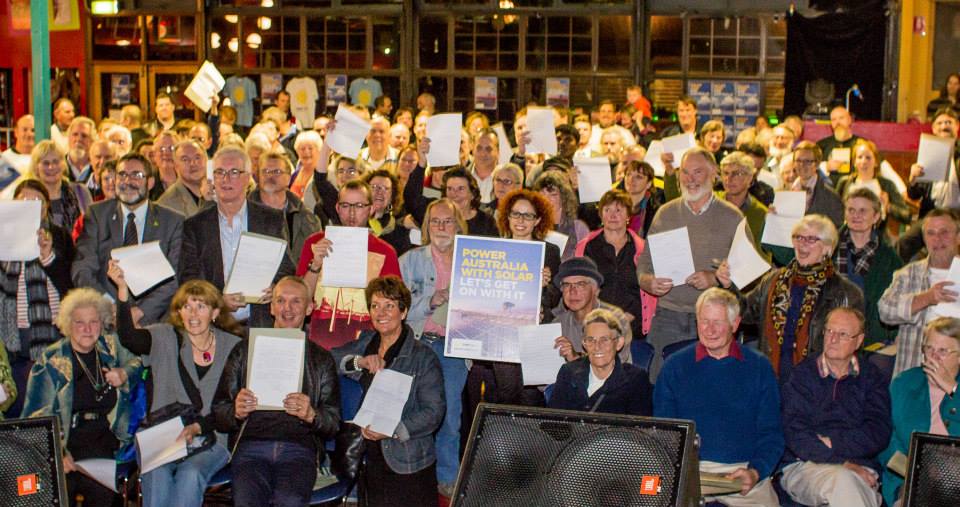 The event was our second ‘Our Solar At Risk: public meetings to defend solar’, which are currently happening all over the country. It was the first time large number of Solar Citizens in South Australia came together to talk about all things solar.

"The meeting was a good blend of humour, facts and stats, and inspiration - really well done." 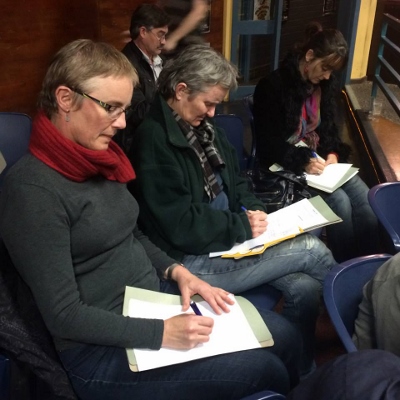 “It's inspiring to be part of a project that is democracy in action.”

South Australia already boasts incredible renewables, including producing nearly 30% of its energy from wind and solar and having nearly 1 in 5 homes with solar on its roof. But, with changes to Federal policies, solar is at risk - and that’s why Solar Citizens came together in Adelaide.

The evening included Eddie Bannon, a local stand-up comedian as MC who kept the group laughing. Nigel Morris, director of Solar Business Services discussed the solar industry and issues, while Lindsay Soutar, National Director of Solar Citizens, talked about the ways Solar Citizens will be campaigning to protect solar.

You can read Nigel’s presentation here.

You can read Lindsay’s presentation here.

The event was a huge hit, gaining the interest of South Australia radio, print and television, including Channel 7 news.

At the meeting, the attendees confirmed their commitment to keep solar strong and fight to protect it. And, on June 11th, it was revealed that South Australia will soon be producing 40% of it’s energy from renewables*. Coincide? We think not!

See more photos from the SA meeting on our Facebook here.