30 June, 2016: Australians all over the country are bracing for higher power prices from tomorrow making solar power an increasingly smart option to save households hundreds every year on their bills.

Solar Citizens has for the first time undertaken calculations on the savings solar owners make on their electricity bills in each State and Territory. This featured in the report launched just days ago, The State of Solar 2016 Report.

In the last financial year (2014-205) Australia’s 1.5 million solar homes saved on average $653 per year on their electricity bills - just over $1 billion in total.

“It takes around six years for a household to pay back the cost of their solar system and then after that, their solar power is free,” said Reece Turner, Consumer Campaigner with Solar Citizens.

Whilst millions of Australians benefit from rooftop solar, Solar Citizens is calling on the major political parties to do more to help share the benefits of solar power with all Australians.

“Policy imagination from our political leaders to enable tenants and apartment dwellers to benefit from Australia’s solar resources is sorely lacking. We know that greater investment in renewables will put downward pressure on power prices,” said Claire O’Rourke, National Director with Solar Citizens. 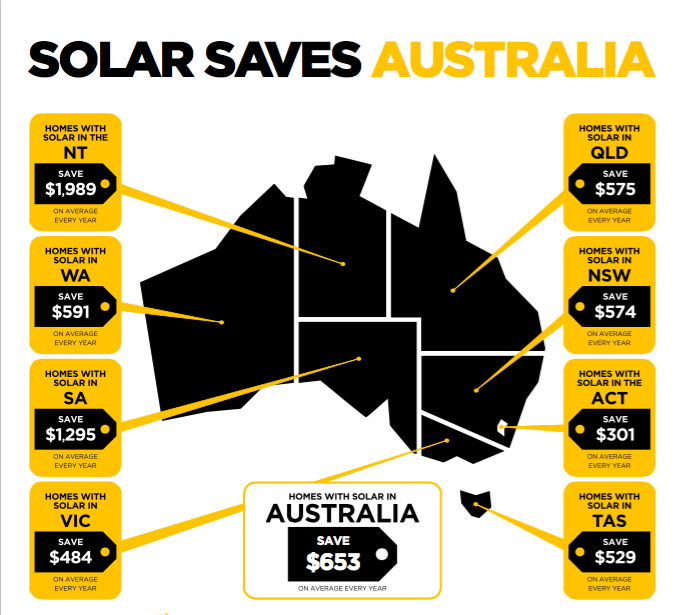 The State of Solar Report is available at: http://www.solarcitizens.org.au/stateofsolar2016

Australians are locked out of EVs by price and availability