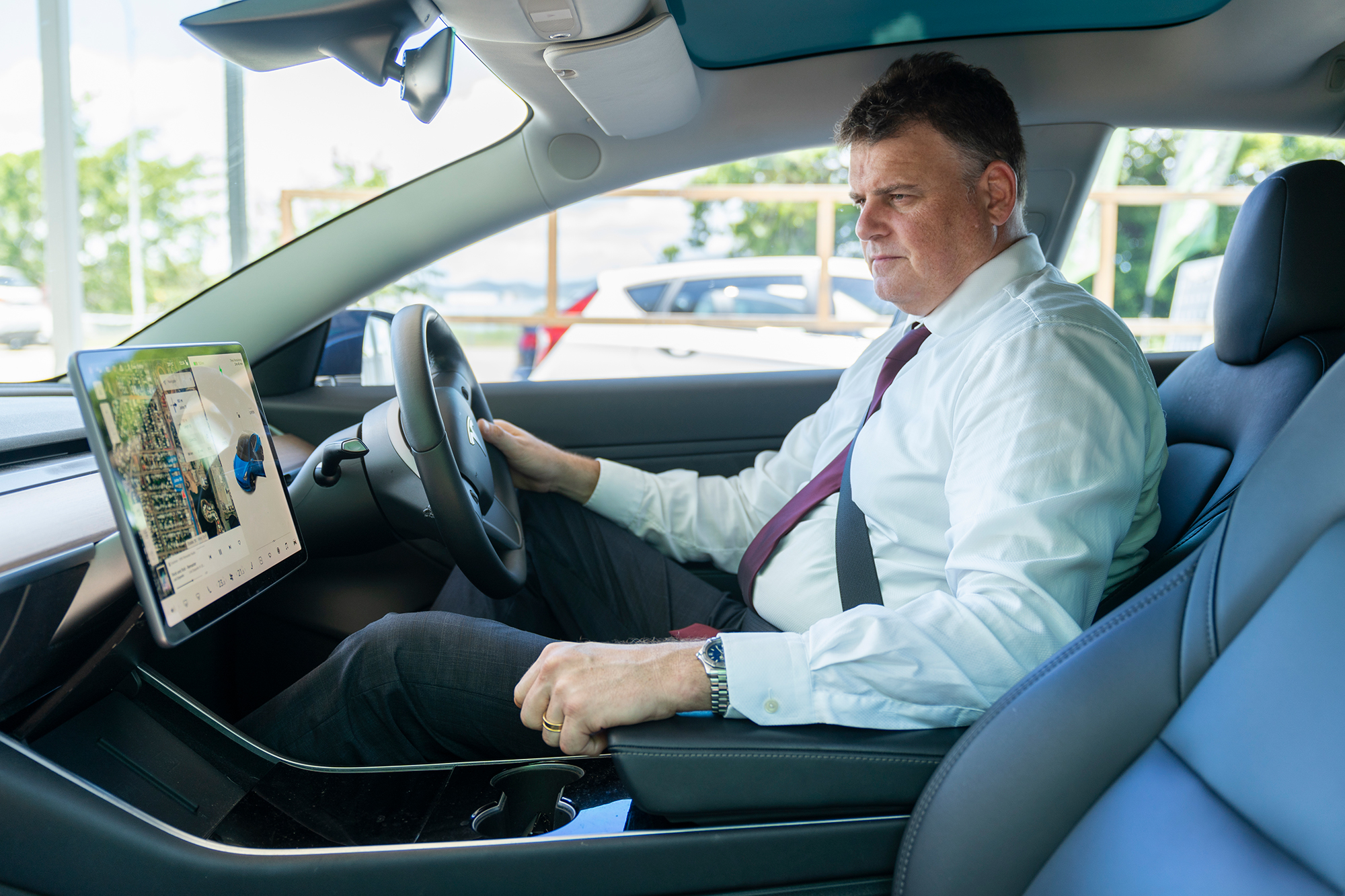 Richard bought his Tesla 18 months ago and he says it’s a fantastic car to drive. While his old car was costing him a substantial amount in repairs and petrol, Richard is now able to charge his car at home with solar. He decided to upgrade to an electric car after crunching the numbers and determining an EV would only cost an extra $30 a week.

“Electric cars don’t need servicing. I haven’t spent a cent on petrol either because I have a large solar and battery system at home. It’s just seamless,” said Richard.

“It’s a really, really good experience. It’s also one of the safest cars on the road. The range on this one can go about 350km on a single charge. There is charging infrastructure to see you to places like Cairns and Mackay. When you talk about next gen technology, this is certainly it. Once you’ve driven one there’s no going back.”