Renewables are Ready to Power the Grid - Solar Citizens

Renewables are Ready to Power the Grid

All across the country, millions of Aussie homes and businesses are slashing their bills with rooftop solar. All of this abundant energy, alongside energy from large-scale solar and wind projects, is driving down the wholesale price of electricity – even for consumers without solar.

It’s a common myth that we can only utilise this abundant cheap energy at certain times of the day, but the technology to unlock renewable energy 24/7 is already here.

Studies from credible institutions like the Australian National University, the Australian Energy Market Operator and The Commonwealth Scientific and Industrial Research Organisation have shown that transitioning to 100% clean energy is not only possible, but would reduce bills for consumers by an average of $400 per year [1]. Below we explore five key ingredients to powering Australia with clean energy around the clock.

North Queensland has excellent wind resources and they’re especially valuable because they tend to blow when wind farms in southern states aren’t producing as much electricity. It’s a very common phrase for people to say, ‘the wind doesn’t always blow,’ but in a country as big as Australia the wind is actually always blowing somewhere, and even solar farms have different times of peak generation depending on where they are located.

Studies that demonstrate how Australia can run on 100% clean energy usually factor this in and suggest building high-voltage direct current (HVDC) transmission lines to connect, for example, the wind resources in North Queensland to the southern states. HVDC lines have been built across Europe and China, and they are specifically designed to minimise the amount of electricity that’s lost as it travels long distances.

Some people even suggest building HVDC lines across Australia from east to west because the sun is still shining in Western Australia when people living in cities like Brisbane and Sydney get home from work and start using more electricity. 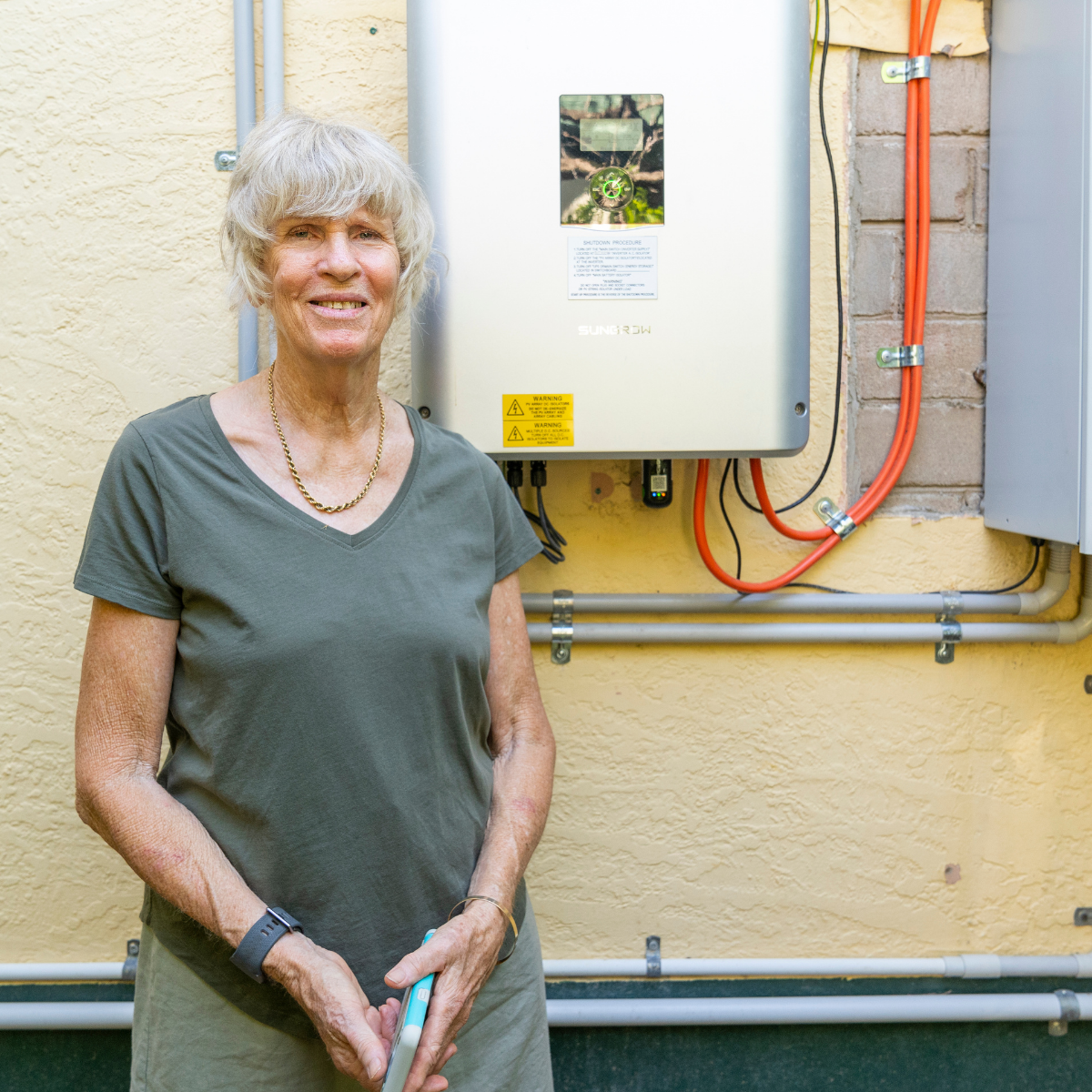 Big batteries, like the big Tesla battery in South Australia, aren't designed to supply backup electricity for extended periods of time. They’re made to react with lightning speed to issues in the grid, for example when big generators like coal plants fail. By providing backup electricity to the grid instantly, they can help avoid price spikes and blackouts, and give other backup plants like pumped hydro time to start up.

But batteries can also come in all different sizes. Aussie households are investing in small-scale battery storage to connect to their solar panels as a way to power their homes with clean energy, but also to keep the lights on when the grid has a blackout. In the scheme of things household battery storage systems don’t hold a whole lot of electricity, but they can be connected up to form Virtual Power Plants (VPPs). These VPPs can be centrally controlled and can act together to pump electricity into the grid when it’s needed.

Community-scale batteries are also being rolled out in states like Western Australia and Queensland. These batteries are medium-sized and shared by members in the community. The best bit is households with and without solar can share in the clean energy from a community battery.

A study by the Australian National University found that across the country there are 22,000 possible sites for pumped hydro – including 1,700 in Queensland.

“Australia needs only a tiny fraction of these sites for pumped hydro storage to support a 100% renewable electricity system,” said Professor Andrew Blakers from the ANU Research School of Engineering [2].

The exciting thing about pumped hydro is that it can be built off-river where there are much fewer environmental impacts compared to other hydro projects. The 250MW Kidston pumped hydro project currently under construction in North Queensland is being built at a disused gold mine site and creating 900 jobs in the process. 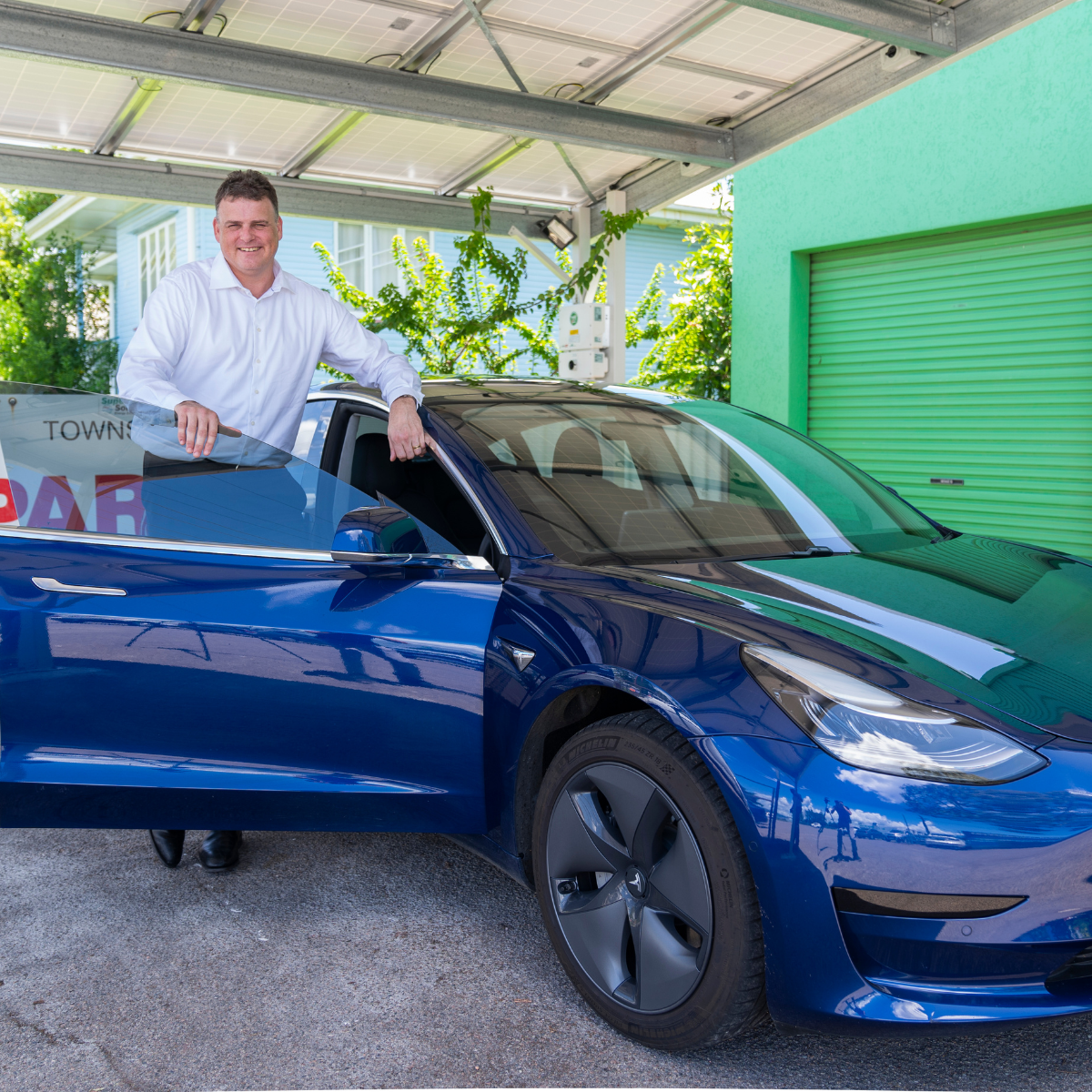 Electric vehicles (EVs) are the triple threat: they’re cleaner, cheaper to run and maintain, and can play a major role in managing the grid as we transition to renewables. Not only can people with rooftop solar charge their car basically for free in the daytime, but new vehicle-to-grid (V2G) technology means that cars can become roving battery storage for homes too!

So far there’s only one V2G enabled car available in Australia, but as this technology develops, it will allow households across the country to charge their EV battery when electricity is cheap and then use that stored energy later to power their home when electricity is more expensive.

Soaking up excess solar energy in the middle of the day with electric transport also helps reduce the strain on the grid and means cleaner air for our communities – that’s a win, win!

Hydrogen is the most abundant chemical in the entire universe. It’s also one of the keys to powering heavy vehicles and entire cities with clean, renewable energy 24-hours a day.

Hydrogen can be produced by splitting water using electricity. This is where solar and wind energy comes in: we can use Australia’s plentiful renewable energy resources to create hydrogen when the sun is shining and the wind is blowing. We can then store that hydrogen and literally use it for a rainy day. When hydrogen reacts with oxygen it creates energy and water – so we can burn renewable hydrogen like we burn gas, but unlike gas it’s entirely clean.

So, as you can see, there are multiple ways to power our country with clean and affordable renewable energy. With over 2.8 million solar homes and businesses glinting across the country, it’s fair to say that Aussies are well and truly on board with the renewable revolution.

In North Queensland? Learn more about how the global demand for clean energy and transport is powering local manufacturing jobs.