North Queensland has all the right ingredients to power up new manufacturing industries with abundant and cheap renewable energy.

There are already several manufacturing and minerals processing projects proposed in Townsville that would create 11,000 jobs if they proceed and are powered by new solar, wind and storage plants.

There’s a growing global demand for cleaner energy and transport solutions, and Townsville is well-placed to manufacture things like renewable hydrogen and battery materials for electric vehicles (EVs). This is because Queensland is one of the sunniest places in the world and this sunshine can be turned into abundant and cheap energy. Plus, the North West Minerals Province (NWMP) has key minerals that are needed to make technology like battery storage.

Below are five projects that are moving ahead to capitalise on the exciting economic opportunities available as the world transitions to cleaner energy and electric transport. All together, these five projects will unlock 5,200 future-proof jobs in North Queensland – while being good news for the environment too!

On the outskirts of Townsville there’s a proposal to build a cutting-edge manufacturing and minerals processing facility, powered by a connected solar farm. Two battery production plants will form part of the advanced manufacturing facility: the ImperiumM3 lithium battery assembly plant and the Townsville Emerging Chemicals Hub (TECH) project, which will produce materials needed for EV batteries.

The world’s transition to electric transport and renewable energy is an exciting economic opportunity for North Queensland. Key minerals that are needed for technology like energy storage and EV batteries are found in the NWMP, and utilising abundant and cheap renewable energy can mean that it’s globally competitive to process these minerals here.

Australia has a long history of shipping our minerals overseas for processing, but our world-class solar and wind resources are now making it possible to do these value-adding processes here. The two battery projects will create more than 1,100 ongoing skilled jobs.

“You couldn’t really ask for a much better location than Townsville – it ticks every box. It’s got infrastructure, all the port facilities, and a highly skilled workforce. This is a complex chemical manufacturing facility so you need highly skilled employees.” – Stephen Grocott, Managing Director of Queensland Pacific Metals who are developing the TECH project. 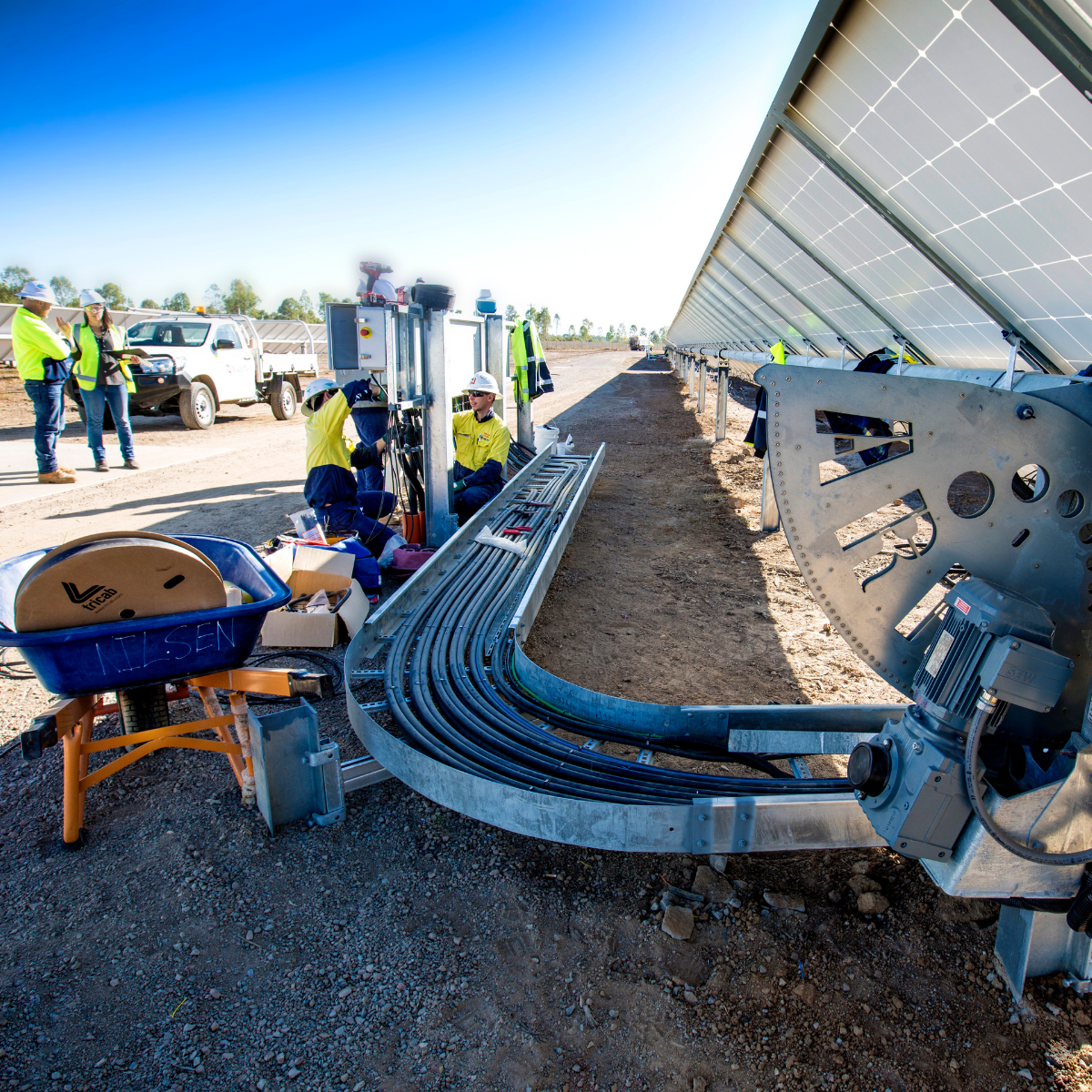 At the moment, industry and mining operations in the NWMP and around Mt Isa are hamstrung by high electricity prices because they have to rely on expensive gas-fired generation. The region is not connected to Australia’s main electricity grid and this is stopping local industries from expanding.

To solve this issue and allow for more cheap renewable energy generation to come online, the CopperString 2.0 transmission line is proposed to connect Mt Isa to Australia’s main grid close to Townsville. The CopperString 2.0 line will go directly through some of Australia’s best co-located solar and wind resources, which have been previously unable to connect to the grid.

Connecting Mt Isa and the NWMP to cheap renewable energy and the rest of the energy network will drive down electricity prices and facilitate the expansion of mining and minerals processing operations – creating an extra 3,560 mining jobs and $54 billion worth of income for Queensland.

Hydrogen is the most abundant chemical in the entire universe. It’s also one of the keys to powering heavy vehicles and entire cities with clean, renewable energy 24-hours a day.

Hydrogen can be produced by splitting water using electricity. This is where solar and wind energy comes in: we can use Australia’s plentiful renewable energy resources to create hydrogen when the sun is shining and the wind is blowing. We can then store that hydrogen and literally use it for a rainy day. When hydrogen reacts with oxygen it creates energy and water – so we can burn renewable hydrogen like we burn gas, but unlike gas it’s entirely clean.

Countries like Japan and South Korea are interested in importing renewable hydrogen from Australia because we’ve got some of the best solar resources in the world. To capitalise on this, companies are looking to build renewable hydrogen production facilities across regional Australia.

Australian Mines’ proposed Sconi project, including a mine and processing plant, will produce key minerals needed to help meet the world’s growing demand for EV batteries. The project at Greenvale will run for 30 years and produce ethically-sourced cobalt and nickel products.

Notably, Australian Mines is the first minerals company to be certified a Carbon Neutral Organisation under the Australian Government’s Climate Action Program. They have also established an emissions reduction strategy, including a roadmap for transitioning to 100% renewable energy.

The Sconi project will create 500 jobs during construction and 289 ongoing jobs during operation, and generate $13.3 billion worth of revenue. 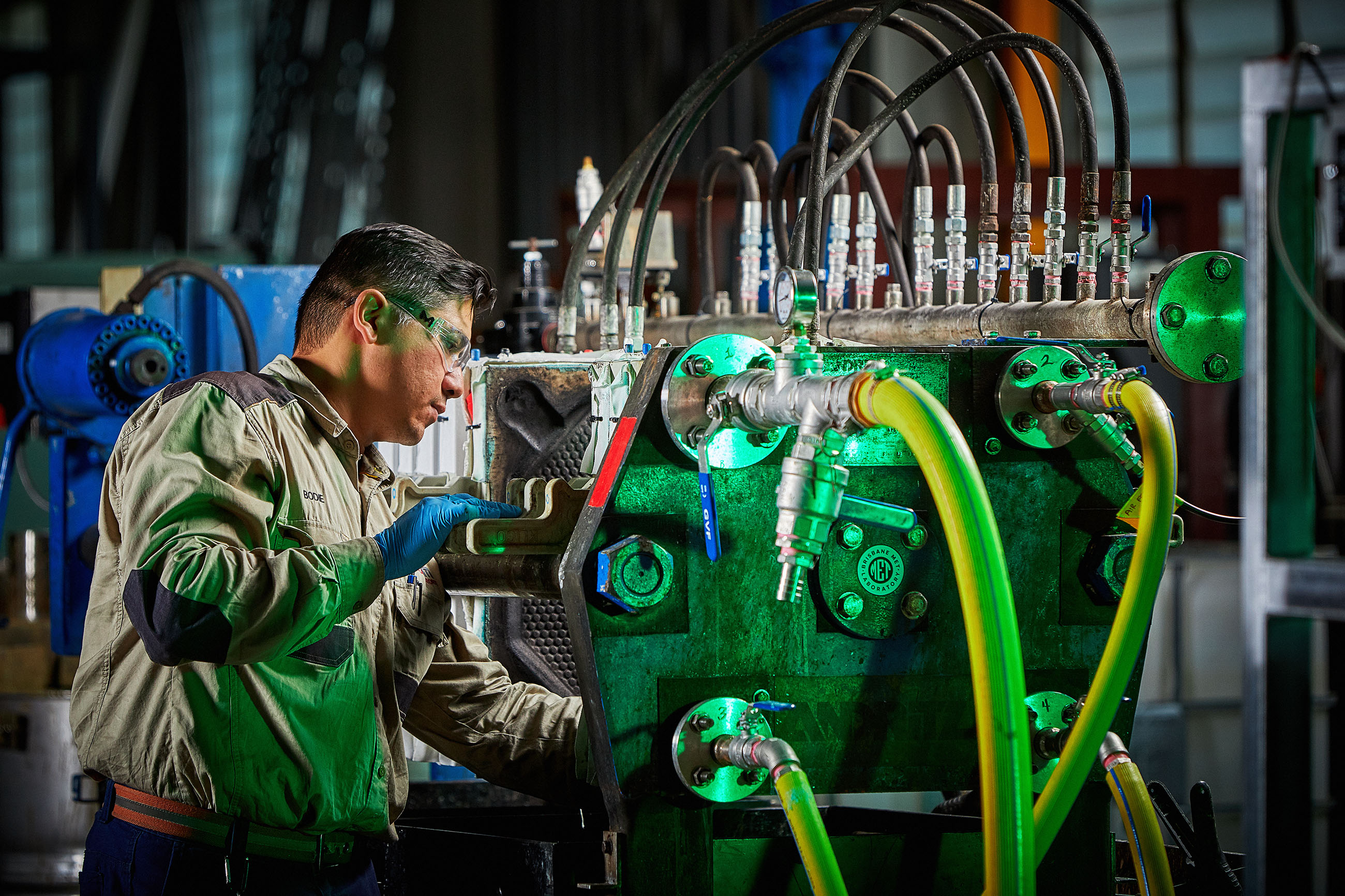 Pure Battery Technologies are planning to establish a $100 million large-scale refinery at Townsville’s port, which will create 100 ongoing jobs and 400 construction jobs for the region.