It's been a big year for the 100% Renewable Energy Community Campaign which is now focusing solely on the wildly successful Solar Citizens initiative. Over the past year we've built our supporter base to over 75,000 people, defended the Small-Scale Renewable Energy Scheme, launched the Stand Up For Solar campaign, won a policy commitment from the ALP to a goal of at least 50% renewable energy by 2030, and much much more. 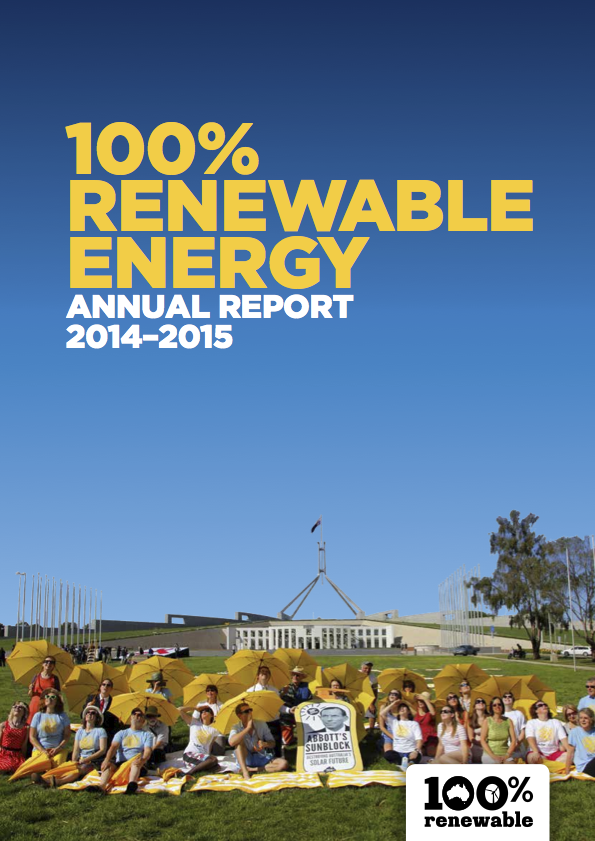